Piracy and the Computer Games Industry

In September 2018, I had the chance to go to Rochester and work at The Strong, thanks to its generous research fellowship program. 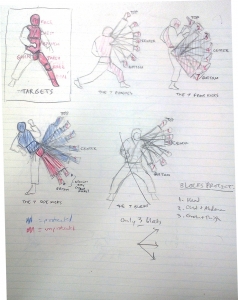 My postdoctoral research project deals with the history of computer games piracy in the 1980s and early 1990s as a subculture phenomenon. I look at the so-called “crackers”—amateur computer users who removed copy protection routines from games and circulated the modified versions to gain fame and beat the competition—their entanglement with the young video game industry, and their place in the process of personal computerization of the 1980s. Exploring the materials at The Strong, one of the very few institutions in the world that systematically collects business archives of computer game companies, provided me with a unique chance to look at the “other side,” to see how game companies reacted to crackers, implemented tougher copy protection, and sought other measures to combat this phenomenon.

For someone who grew up with computer games in the early 1990s, the holdings at The Strong—particularly the Brøderbund and Sierra On-Line collections—are, first of all, an intense trip down memory lane. Seeing the work materials for games such as Police Quest or the sketches of the characters from Prince of Persia, I had a hard time balancing between being a grown-up historian and a nostalgic video game fanboy. 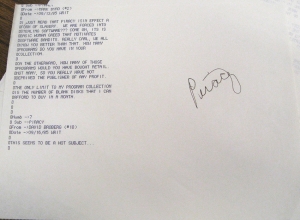 However, I did not make the 4,000-mile-trip to dwell in nostalgia. From scattered sources and oral history interviews, I knew about the hidden, yet intense, entanglements between the European game industry and the crackers’ subculture—crackers working as copy protection creators, founding their own game companies, recruiting and/or fighting their old cracker pals; game companies not only hiring lawyers to sue crackers, but also trying to reach out to them through unofficial channels and make them stop their activities. So naturally, and owing to the lack of preserved European game company business archives, I wanted to see whether I could find traces of such entanglements in the American archives.

Such traces, however, could not be found. In their internal correspondence and business meetings, the game companies preserved at The Strong dealt with piracy in a very abstract way. Piracy was a threat, but for the companies, it had no face. They talked about ramping up copy protection or going after pirates from time to time but had no concept of who they actually were battling. Yet, this lacuna was not a disappointment—it provided me with important insight on the different natures of the U.S. and European game industries. The latter was, pars pro toto, a child of the second half of the 1980s: computer kids receiving their C64s or ZX Spectrums from under the Christmas trees in 1983–1984, growing up with the machines as the first generation of “digital natives,” and finally becoming professionals in the second half of the decade. The U.S. industry was formed by a different generation: older hobbyists who had become fond of the first microcomputers in the second half of the 1970s, as well as career changers from structurally similar environments such as the music industry. They had little biographical common ground with the U.S. crackers’ scene, which sprang up in the early 1980s on the Apple II and the mid-1980s on the C64. Thus, there was next to no personal relations, recruitments from the subcultural milieu into the industry, etc. 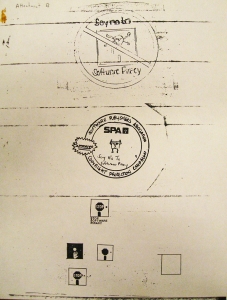 Luckily, there was one particular set of papers that covered this lacuna and made the whole trip more than worthwhile—the papers of the Software Publishers’ Association (SPA). The complete SPA archive is not preserved, but luckily a substantial portion of its internal materials and correspondence ended up in the Brøderbund collection, as its head Doug Carlston was part of the SPA leadership. The SPA papers provide a unique insight into the industry’s anti-piracy measures—unique because the archives of FAST, the SPA’s British counterpart, have been disposed of by its follow-up organization, and the location and preservation status of the archives of similar trade associations in other European countries is still unknown.

The SPA was founded in 1983 by some of the most important microcomputer software companies of that time, driven by the urge to protect the interests of the young industry. “Have you ever sat down together with other software publishers to discuss your frustration with piracy?” enquired an early promotion brochure of the association. Piracy was the urgent question of the day, and the young trade association was under pressure to prove its worth to its dues-paying members. Under its overzealous executive director Kenneth Wasch, the SPA initiated all sorts of activity to fulfill the organization’s promise to counter piracy: lobbying in Washington for copyright law reform; threatening letters and self-proclaimed “raids” on small-scale commercial pirates; setting up an “Anti-Piracy Fund” to help software publishers fight piracy in the courts; convincing computer magazine editors to print SPA advertisements for free, while threatening others with ad boycotts should they continue to print ads of copy program manufacturers. Contacts with the FBI were initiated to systematically pursuit pirates. “Young enthusiastic computer hackersʺ were hired to monitor bulletin board systems and report those hosting pirated software. There were even plans for a large database to collect all cases of piracy. The SPA went so far as to try to intervene in the development of the Commodore Amiga microcomputer. When Trip Hawkins, head of Electronic Arts, got wind in October 1984 of the revolutionary new machine being developed, he wrote an alarmed letter to Doug Carlston. The new computer, he claimed, “has the potential to be the ultimate pirate machine for software copyright violation,” as its superior disk drive could “make copies of ‘copy-protected’ disks from other CPUs”. 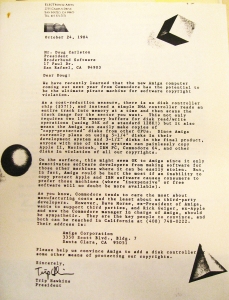 The SPA saw itself under pressure to deliver on its promise. As Kenneth Wasch wrote to Carlston in August 1984: “If our efforts at curbing software theft are to be at all successful, we must develop a reputation for closing down each and every illegal operation that comes to our attention. We need a track record.” However, despite pursuing the one or another small-scale pirate, piracy continued to flourish. As an internal circular letter had to admit, “We are interested in shutting down the ‘big time’ operations; we just haven’t discovered any yet“. After fighting a rather unsuccessful battle against copy/back-up software in 1985–1986, the SPA gradually shifted from playing the merciless pirate-buster to erecting a more constructive and friendly image of itself by providing publicity for the industry’s success stories. This happened in part due to pressure from the SPA members. Jan Davidson, head of the educational software company Davidson & Associates, wrote in a critical letter to Kenneth Wasch in September 1985:

“I could find no one outside the board members who was interested in attending an anti-piracy conference. The piracy problem is clearly a top priority with some of our members – i.e. the large publishers, particularly the publishers of game and entertainment software. However, it is not the top priority issue with the smaller publishers and many of the educational publishers. As you and I have discussed, it is the major problem of our industry. However, if the membership were polled, I don’t think the majority would want it to be the primary focus of this organization.”

The SPA papers provide a unique insight on the difficulties of software companies encountered in fighting piracy and their blind spots on the nature of the pirates themselves. It is due to The Strong’s preservation efforts that this important part of the history of micro computing can be analyzed based on archival sources.