A ROM of One’s Own: Snapshots from the Games-for-Girls Movement 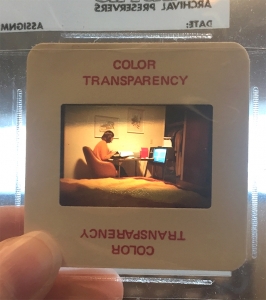 I came to The Strong to explore the design of early computer and video games for girls, looking to account for how female designers and games create different play experiences and player representations, along with the spaces, voices, and ways of playing they have made available. I pored over the collections of Dani Bunten Berry (for her conception of the social potential in multiplayer games), Carol Shaw (widely recognized as the first female game designer and programmer), Her Interactive Inc. (for making games for girls with the direct input of girls), Roberta and Ken Williams and Sierra On-line (for developing the use of graphics in personal computer games), and Will Wright (for his work in designing games that broke gendered notions of play). Much to my delight, I was offered the amazing opportunity to play early CD-ROM games from games-for-girls companies such as Purple Moon and Her Interactive, along with The Sims and Myst (both credited for attracting a large female player base). Additionally, curator (and gamer) Shannon Symonds sat down to talk with me about The Strong’s Women in Games Initiative.

What I uncovered during my time in the museum’s displays and special collections will contribute to my dissertation, which explores how game design can communicate emotion and unique experiences (with a particular interest in marginalized experiences). It’s difficult to reduce the hundreds of photographs taken and the many notebooks filled during my visit, but here I provide a (much reduced!) telling of a history of women in video/computer games: 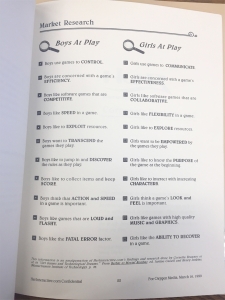 Carol Shaw: with an MA in Computer Science in the late 1970s, she was a microprocessor software engineer as well as a designer for Atari and Activision (one of only two women designers in the industry at this time). Her game Polo is perhaps the first documented game designed and programmed by a woman.

Dani Bunten Berry: kept her focus throughout her career on facilitating actual interaction among humans rather than simulating it. Her first game (Wheelers and Dealers) was sold with a custom controller that allowed for multiple players; later, she would pioneer multiplayer games that connected players through a modem chat-line. Unfortunately, she passed away at only 49 years of age before getting to see the fullest potential for multiplayer games by way of the internet.

Sierra On-line: innovated the use of graphics, animation, and interactivity at a time when computers were primarily text only games and stayed on the front end of developing multimedia and immersive media technology. Roberta Williams wrote and designed many of the company’s games and is credited with creating the graphic adventure genre.

Her Interactive: as one of the foundational companies of the “games for girls” movement of the 90s, Her Interactive was revolutionary in designing games with the direct input of girls. Consulting an all girl advisory board, they listened to the girls about topics of interest, ways of playing, character design, and interface design at multiple stages of a game’s production. From the company’s key message (2000): “Because there are many types of girls, there should be many types of games.”

Will Wright: worked to overcome the gendered construction of play by designing games that weren’t competitive and that allowed for unique player experience of their own design. He dedicated The Sims to the vision, works, and memory of Dani Bunten Berry.

The Women in Games Initiative: believes that all women in the game industry—at every level—who have contributed to these games/companies should be acknowledged through their own stories. 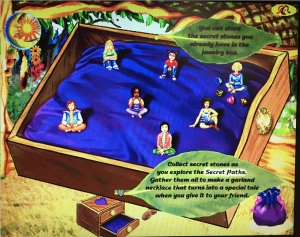 This time at the museum emphasized the importance of these contributions not only to representation in games and ways of playing, but in making space for women in the male-dominated game industry and broader technology fields. These collections illuminated issues of workplace gender inequality;

the gendered construction of play; the plight of independent companies versus the might of large corporations; matters of gender in education and access to technology and STEM fields; and the tension between the individual desires of and the social desires for girls and young women. Here, in these collections, are many voices and stories that are just as salient now as they were then.