The Strong not only collects playthings, but also acquires significant material related to the invention, manufacture, and use of those playthings. One of the museum’s treasures is the collection of games, game prototypes, and archives from noted American game inventor and historian, Sid Sackson. Sackson (1920–2002) is revered among inventors, collectors, and serious players for his lifelong dedication to games and the gaming world. opens in a new window 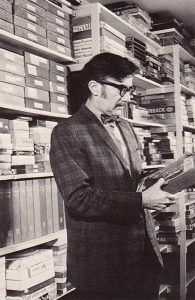 Sackson designed several games for the influential series known as opens in a new window3M bookshelf games. The most recognizable of these, and one of his best-known games, is the financial game opens in a new windowAcquire, first published in 1964. The Strong holds many examples of Acquire from the first edition to the latest. The museum’s collection also features dozens of other games invented by Sackson and published for markets all over the world. This includes many versions of opens in a new windowCan’t Stop, another favorite among serious gamers, and other 3M titles such as Monad and Sleuth. Recently Sackson’s family donated contemporary reissues of many of his popular games, including Acquire and Can’t Stop.

In 2007, the Sackson family—with the assistance of Sid’s gaming friend Herb Levy—gave The Strong more than 300 of his game prototypes. Prototypes help inventors demonstrate a game’s play and components to a potential publisher. Some of the 300 games made it to production, while others serve to illustrate the creative methods of an expert on game mechanics and play. The prototype games range from pure strategy and high finance to word and dexterity puzzles, from solitary challenges to party play. And many came complete with instructions, handwritten by Sackson himself. His Payoff prototype includes this description: “Payoff is a wild game of wheeling and dealing for from 4 to 12 players…the players move around the room arranging deals.” Further examples of his prototypes include Groove, a 3-D puzzle like sideways tangrams, and his 1960s-era The Busing Puzzle, in which blocks termed “segregated” and “integrated” form a stacking challenge. The Sackson prototypes represent a unique resource for play scholars, and many Strong Research Fellows and other academics utilize it. Sackson’s friend Levy play-tested games regularly with him, and maintains a opens in a new windowSackson tribute and the most accurate list of published Sackson-designed games, on his contemporary game review website opens in a new windowGamers Alliance Levy stated, “In terms of both quality and quantity, Sid Sackson stands as the greatest American game designer of all time.”

Beyond production games and unique prototypes, The Strong’s Brian Sutton-Smith Library and Archives of Play holds the most complete Sackson archive. Visiting scholars are often amazed to learn that Sackson indexed his own diaries, cross-referencing what days he played games or worked with specific people, as well as the outcome of that game or project. Besides the diaries, the archives hold many of Sackson’s business files. Scholars can study his correspondence with the 3M Company concerning the initial design and publication of Acquire. The Strong’s archives also include business records for Philip Orbanes, noted Monopoly historian and collector, founder of Winning Moves Games, and friend to Sid Sackson. Orbanes and Sackson collaborated on a game production business, and on other mutual projects throughout the 1970s. About Sackson, Orbanes said, “He was a pro’s pro, a wonderful man to partner with. He taught me a great deal about the art of game inventing just by being Sid.” opens in a new window 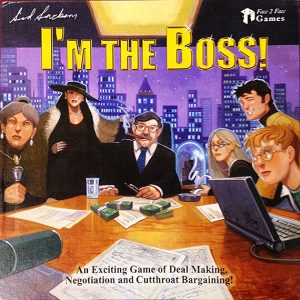 The library at The Strong also owns copies of the books Sackson authored. His 1969 work A Gamut of Games is still considered a must-have for serious game players and scholars. And later works such as Card Games around the World continue to stand as useful references and often as the only volumes on their subjects. Sackson’s files contain the original manuscripts for his books and articles as well as rules for games he designed and those of other inventors. Game historian Bruce Whitehill, founder of the opens in a new windowAssociation of Game and  Puzzle Collectors group and owner of opens in a new windowthe Big Game Hunter, echoed the feelings of all of Sackson’s friends when he mentioned “how gracious, kind, and gentle the man was, and his wife Bernice the same.” It is fortunate that such an important group of material related to the life of an accomplished game designer and player is housed here at The Strong.