But Mom, I Wanted PONG!

Have you ever yearned for a particular gift only to receive an inferior substitute? That I imagine is what happened under a number of Christmas trees in the mid-1970s, when Marx Toys marketed its T.V. Tennis, an electromechanical version of home video game systems. ICHEG recently acquired a working copy of T.V. Tennis. 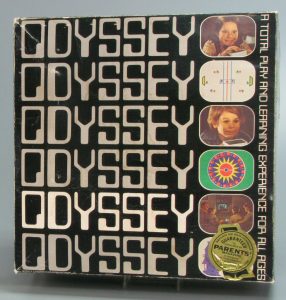 Let’s set the stage. In 1972, Magnavox introduced Odyssey, a home gaming system featuring, among other activities, a tennis game. The game consisted of two player-controlled paddles that bounced a ball back and forth. To make the game more life-like, Magnavox supplied transparent overlays that players placed on the screen to add color and context to the game (guests to The Strong’s National Museum of Play can play a copy of inventor Ralph Baer’s prototype of it in eGameRevolution.)

The Magnavox proved both revolutionary and expensive. The hardware was costly to manufacture and Magnavox packaged it with a wide variety of accessories—not only the overlays but also game boards, poker chips, and even pretend money to extend the play beyond the screen. The resulting product retailed for around $100, nearly $550 in today’s dollars! Not surprisingly, the system sold slowly.

And yet this revolutionary new toy fascinated people. As an episode of the game show What’s My Line? illustrates, people in the 1970s had trouble even fathoming the idea of playing a game on a television. But toy manufacturer Louis Marx & Co. sensed a market for this new type of plaything. Their lineup of popular toys ranged from Wild West Play Sets, to Big Wheels, to Rock ‘Em-Sock ‘Em Robots. So, rather than create an actual video game, Marx & Co. designed an electro-mechanical replica: T.V. Tennis. 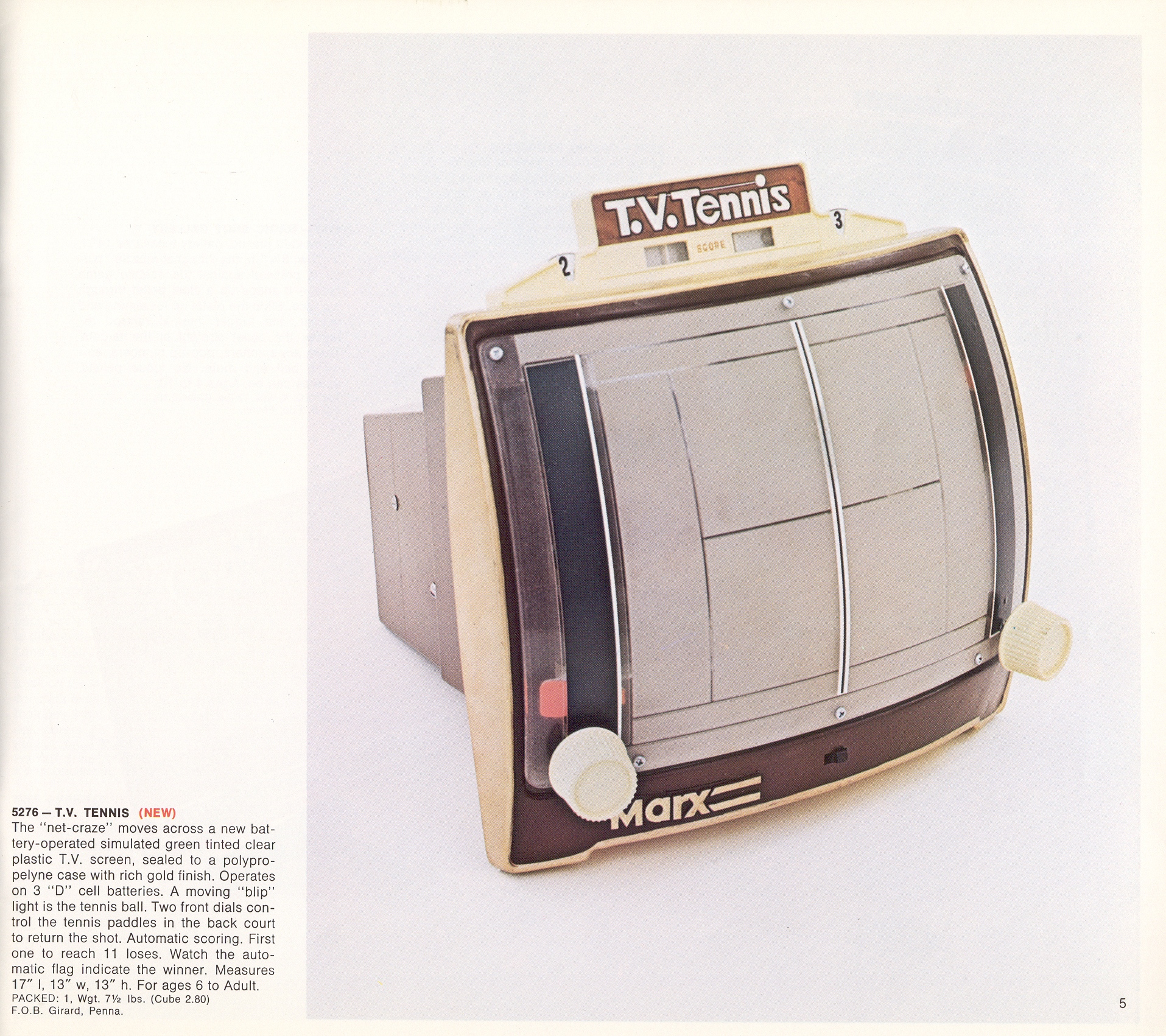 T.V. Tennis looked like a small television with oversized knobs on the lower corners. The knobs controlled paddles on either side that bounced a careening ball back and forth over the screen. The ball, powered by 3 “D” batteries and controlled by pulleys and levers, was, in fact, a light bulb attached to the end of a mechanical arm that swung back and forth between the players. One player hit the “ball” and bounced it to the other side; if his opponent missed, he won a point and the scoring dial advanced at the top of the screen. T.V. Tennis was a cleverly-designed piece of hardware but a poor simulacrum of actual video game play.

Toy trade catalogs from The Strong’s collections reveal how Marx & Co. rolled out its product. In its 1974 catalog Marx & Co. announced its upcoming “electronic hit and miss game,” a brown version of the game that looks like a prototype. A price list indicates Marx & Co. retailed it for $14.95 each. The next year, Marx launched television ads for the game (as well as an “electro-hockey” version), announcing “Last year’s best seller is back once again ready to entertain even more of the troops. This popular electronic game takes the ’net craze‘ and moves it across a simulated green tinted clear plastic screen, sealed to a polypropylene case with rich gold finish.” The price for retailers, meanwhile, had risen to $16.58, and Pele Electro Soccer joined Marx’s lineup. 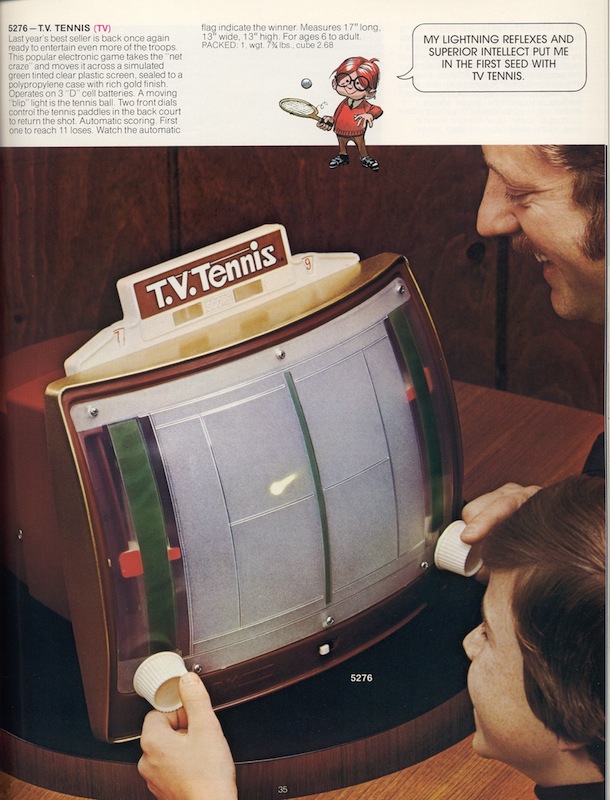 T.V. Tennis had a short life. The game play was poor, the product broke easily, and the grinding of the mechanical arm was annoyingly loud. Most of all, Marx’s T.V. Tennis couldn’t compete with Atari’s affordably-priced, home version of PONG that debuted in 1975. By 1977, Marx had dropped T.V. Tennis—in all its polypropylene, green-tinted clear plastic glory—from its toy catalog.

Do you remember T.V. Tennis? Did you have one? At least one friend of our ICHEG Facebook page did! Share your memories.