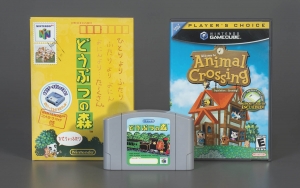 Every year we induct new games into the World Video Game Hall of Fame, and in 2021 those games are Animal Crossing (2001), Microsoft Flight Simulator (1982), Starcraft (1998), and Where in the World Is Carmen Sandiego? (1985). These are all worthy games, ones that stand out from their peers because they have shaped the way we play. They are important.

But is there a connection between them, a commonality among a flying program, a simulation of a community of anthropomorphized animals, an epic of space warfare, and a program that asks players to track down an international criminal (and learn a little geography and culture along the way)? Certainly they all meet the selection criteria of icon-status, geographic reach, longevity, and influence, and our international selection advisory committee judged these four to be the ones that stood out the most from the other finalists. And yet we humans are meaning-making machines. We love to find linkages where there might not be any, weaving stories out of data that is truly disaggregated. So I can’t help but look at these games and think, is there a unifying theme here among these newest inductees? 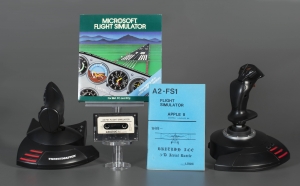 The problem is, I’m struggling to find a common thread between all four except the fact that they’re great games worthy of induction. I suppose one could say that they’re all simulations of one kind or another, but only in the sense that every video game can be considered a simulation of sorts.

So rather than try and find a connection I thought I’d drop them in a chronological list of the previous inductees. Here it goes: 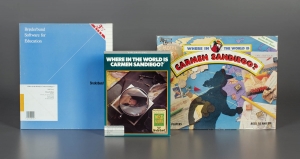 Looking at that list makes me reflect on them within the broader sweep of the history of video games. The two earliest—Microsoft Flight Simulator and Where in the World Is Carmen Sandiego?—came out in the early- to mid-1980s when personal computers (often called microcomputers at the time) were growing in popularity both at home and in schools and consoles were having a bit of a fallow period.

Starcraft represented the next great leap in personal computing: the internet. Certainly Doom (1993) was a favorite for connected play, but that mostly took place over local area networks (LANs). By 1998, internet connections had improved enough that game designers were finding innovative ways to make connectivity the heart of the play. Starcraft’s international appeal—especially in South Korea where it played an important role in the development of esports—attests to the ability of connectivity to promote playability. 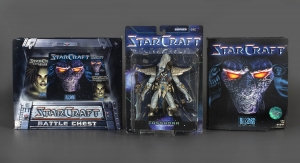 And what about Animal Crossing? To me it speaks not so much to any great trends in the history of video games as much as the ability of one company, Nintendo, to create great games throughout the history of the genre. This is the newest Nintendo game that’s been inducted (Donkey Kong is the oldest from 1981) and there are now six games from the company out of the 32 inducted into the World Video Game Hall of Fame, a remarkable record of excellence for the 130-year-old company from Kyoto.

By Jon-Paul Dyson
Director, International Center for the History of Electronic Games
Vice President for Exhibits