opens IMAGE file Since March marks both Women’s History Month and Barbie’s official 50th birthday, it seemed like the perfect time to combine the two and talk about Barbie’s many careers. 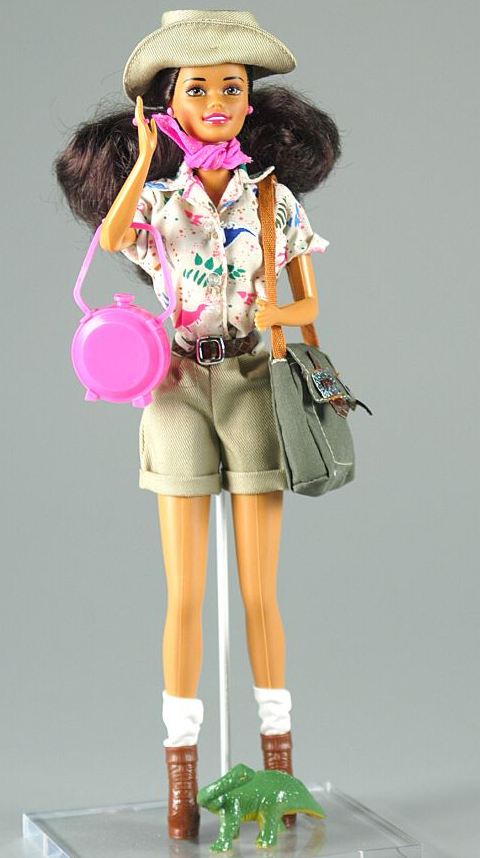 opens IMAGE file It’s a common assumption among people who follow societal trends that the average person has about five career changes in a lifetime. Barbie, however, definitely skews the data. Although she was originally designed and marketed as a teenage fashion model, Barbie has moved far beyond the catwalk. In the wake of the women’s movement of the 1960s and 1970s, Mattel began marketing Barbie in career-oriented fashions. In fact, Mattel currently boasts that she has had more than 100 careers (but don’t tell her school guidance counselor).

Over the last five decades Barbie has been a babysitter, an astronaut, a doctor, a veterinarian, a photographer, and a paleontologist. She has served in every branch of the United States Armed Forces and has made four bids for President of the United States. 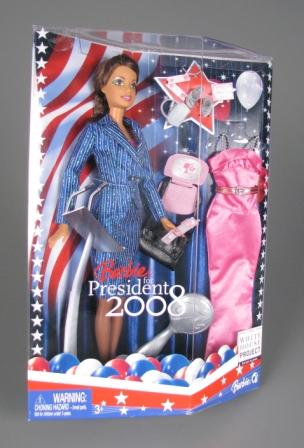 In 1992, 2000, 2004, and 2008 Mattel released the Barbie for President doll. Even if Barbie didn’t manage to sweep the Electoral College, a portion of the proceeds from those presidential dolls supports the White House Project, a non-profit organization designed to help women advance in positions of leadership on both local and national levels. Barbie has broken more glass ceilings than anyone could imagine, and she truly lives up to the 1980s Barbie motto “We Girls Can Do Anything!”