The relationships and routines of everyday life became endless fun with The Sims.

Whereas many video games explore themes of fantasy and adventure, The Sims found play possibilities in the small-scale worlds of household life. Designer Will Wright developed his forerunning city-planning simulator SimCity in 1989, but in The Sims, which debuted in 2000, he allowed players to explore intimate human relationships 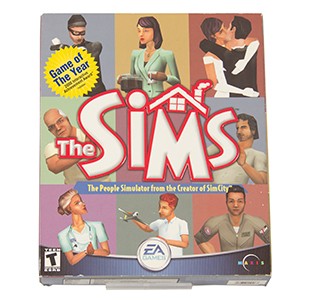 The game affords limitless play possibilities. Wright described it more as a toy than a game, a digital dollhouse that served as the setting for endless domestic dramas. Working with colleagues at Maxis, which was acquired by Electronic Arts while the game was in development, Wright mined personal experiences of rebuilding his life after a fire and his deep readings in social science research on human psychology and sociology to create the game’s play mechanics. 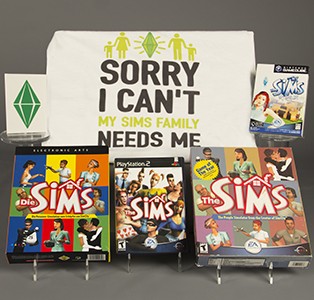 Players found rich rewards in guiding the decisions and actions of the game’s semi-autonomous characters, who got mad, sad, lonely, bored, and fell in love, just like in real life. Hundreds of millions of players have played the original, expansions, and sequels. The game has had universal appeal, with female players outnumbering males and adults as passionate about the game as children.

By turning the computer into a toy to explore the complexity of the human experience, The Sims radically expanded the notion of what a game could be.

Musicians such as Carly Rae Jepsen, Nelly Furtado, Katy Perry, and LeAnn Rimes have recorded songs in “Simlish,” the emoticon-filled language spoken by the Sims.