Back-to-school shopping lists can include all sorts of practical gear—pencils, crayons, binders, and paper—as well as the backpack to tote them in. But none of those purchases bears the weight of conveying a school kid’s identity the way that a lunch box can.

Lunch boxes didn’t start out to be billboards for your personality. They were just practical ways to carry a midday meal. Looking back at the second half of the 1800s, adults used functional metal lunch boxes at the factory or office and sometimes those boxes got passed down to kids. Children also repurposed metal tins that originally held crackers or cigars to carry their sandwiches. By the 1870s, savvy manufacturers had started to produce specialized lunch boxes designed with images to appeal to kids. But it took a television cowboy to revolutionize the world of lunch box manufacturing and marketing. 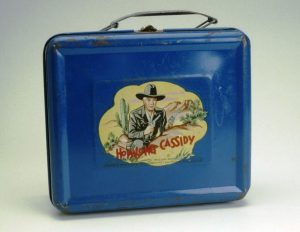 In the 1950s, a Nashville company named Aladdin recognized that its metal lunch boxes lasted children multiple years of use, diminishing sales potential. What the company needed was the equivalent of Detroit’s tail fins of the same era—something to distinguish this year’s lunch box from last year’s model and inspire annual purchases. With television cowboys all the rage, Aladdin added a decal of Hopalong Cassidy to a plain painted lunch box and enjoyed the profits as more than half a million flew off retailers’ shelves in just a year. In 1954, Aladdin introduced full-box lithography and, in 1962, began producing lunch boxes with raised designs. Throughout the 60s and early 70s, lithographed metal lunch boxes served as popular culture barometers, illustrating the latest hit television shows and the most popular cartoon characters.

Attending elementary school in the 1960s, I knew that your lunch box told your classmates all about you. It proclaimed to your peers what you liked—your favorite television show, movie, or theme park. But social disaster lurked if fate handed down your older sibling’s lunch box or you weren’t at the store to supervise the lunch box purchase by your clueless parent. You’d never live it down if you wanted a Rambo box but got stuck with Strawberry Shortcake instead! The National Museum of Play’s collection includes both those lunch boxes among the more than 100 that help the museum trace the form’s evolution through the years. 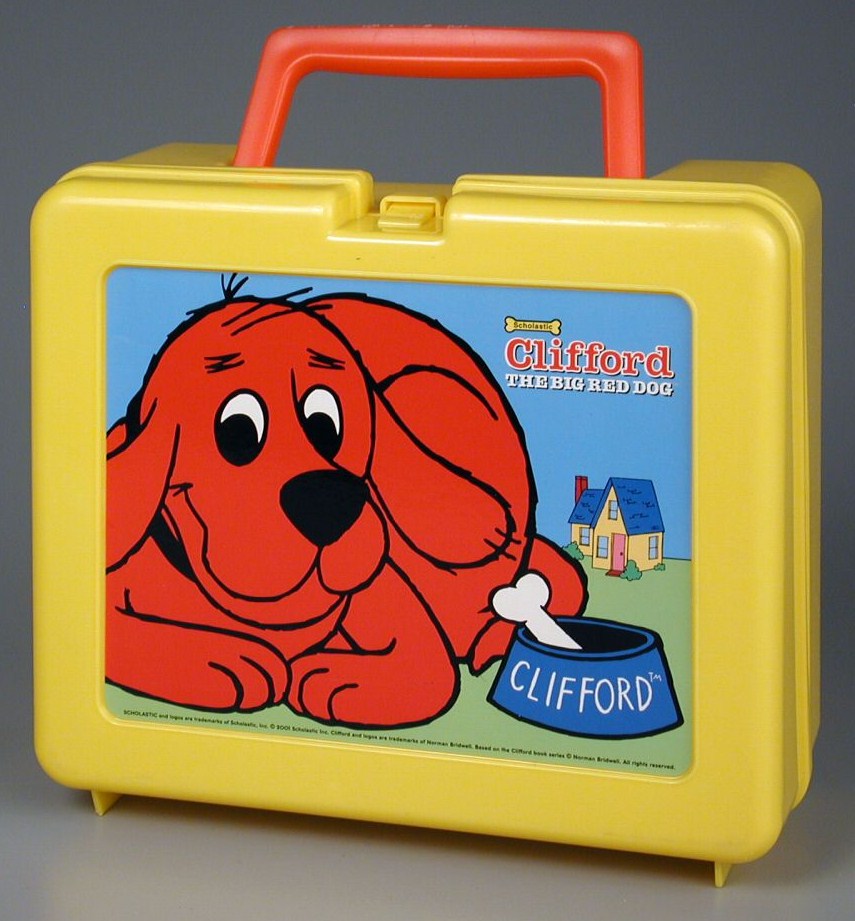 Plastic lunch boxes made their debut in 1972, offering manufacturers economies in material and production. Some parents also found plastic lunch boxes safer. With their rounded corners and lighter weight, plastic lunch boxes couldn’t inflict quite as much damage when a bully swung one at your cranium. However, lunch boxes began to seem like something that “little kids” carried and older students found other ways to express their identities. Sales declined. By the late 1990s, Baby Boomer nostalgia reached the field of lunch boxes, inspiring an active market for old boxes and prompting manufacturers to reissue classic and classic-look metal lunch boxes as collectibles. And, despite such alternatives as insulated fabric bags, Lunchables, or school fast food courts, I still see children carefully scanning the shelves of lunch boxes each fall, obviously debating the merits of the latest Disney movie over that hot video game as the way to carry a PBJ sandwich and position themselves in the grade school pecking order.