It’s official! The members of the inaugural class of The Strong’s World Video Game Hall of Fame are Pong, Pac-Man, Super Mario Bros., Tetris, DOOM, and World of Warcraft. All of these games stand out because in addition to being great games, they have transcended the world of gaming to impact our wider culture.

Games become eligible for the World Video Game Hall of Fame by meeting four basic criteria. They’re iconic, have longevity, reach across international boundaries, and exert influence on the design and development of other games, on other forms of entertainment, or on popular culture and society. Each member of the first class of inductees meets these criteria, and together the six trace the tremendous growth in the development and impact of video gaming. 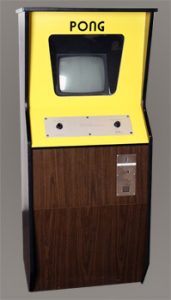 While Pong was not the first video game, it was the first game to capture wide-scale public attention. Produced in 1972 under the direction of Nolan Bushnell, the founder of Atari, and developed by engineer Al Alcorn, this arcade game was a hit from the beginning. Soon Americans all over were dropping a constant stream of quarters into the game. After Atari released a home version of Pong through the 1975 Sears Christmas Wish Book, millions of people gained the opportunity to play the game (or one of the many clones that followed) in the comfort of their own home. For these people, the television became not just a passive viewing device but a virtual playground. In time, the basic game play of Pong became popular around the world. 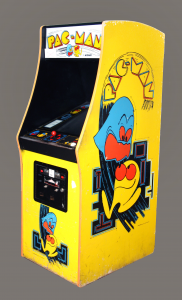 With the success of Pong, enthusiasm for video games began to increase and arcades where people could gather to play the latest games surged in popularity. Pac-Man (originally called Puck-Man in Japan) debuted in 1980 and became the first breakout hit to transcend gaming and become a mass-culture phenomenon. Players loved the game’s ghost-gobbling main character and soon songs, toys, comic books, television shows, and other merchandise testified to people’s love affair with the game across Japan, North America, and Europe. 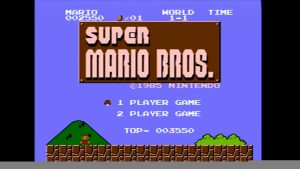 While Pac-Man spurred the sales of home video games when a version for the Atari 2600 came out, by 1983 sales of home gaming systems were slumping severely. The Nintendo Entertainment System turned the market around in large part thanks to a game about a plucky plumber, Super Mario Bros., that came out in 1985. The brainchild of legendary Nintendo designer Shigeru Miyamoto, Super Mario Bros. charmed players with vibrant graphics, catchy music, whimsical elements like mushroom power-ups, and a colorful cast of opponents that included goombas, koopa troopas, and Bowser, the evil arch-turtle. Most of all, it was simply a joy to play—jumping  Mario over, through, and on top of a host of obstacles. The game was such a success that by the 1990s, more children recognized Mario than the long-time icon of American culture, Mickey Mouse.

Also in the mid 1980s, a Soviet mathematician and computer 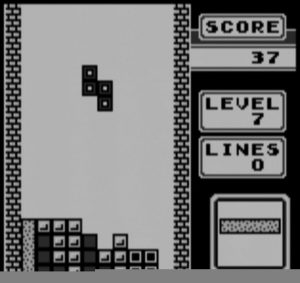 scientist named Alexey Pajitnov was creating a video game based on a simple mindbending wooden puzzle known as Pentominoes. Though first programmed in 1984, Tetris emerged from behind the Iron Curtain and entered the West in 1987. When Nintendo packaged it with the release of the Game Boy the following year, Tetris became a worldwide hit, and it’s been played billions of times since then, proving that great games are timeless and know no geographical boundaries.

When Doom came out in 1993, it proved more than just another 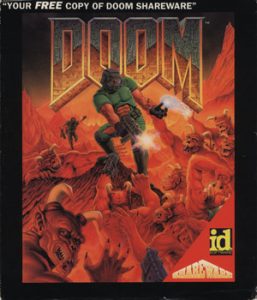 popular video game. In addition to becoming a hit, with millions of people buying and playing it (multiplayer was especially fun), it also changed how game companies made and sold their products. By creating a game engine that separated the game’s basic functions from other aspects such as artwork, the design team at id Software led by John Carmack and John Romero pioneered a widely-emulated approach that allowed others to modify their game more easily. Doom’s creators also pointed the way forward for a model of digital distribution that now dominates the video game world by selling the game as shareware over the Internet. The game’s violence alarmed some critics, despite the fact that research has consistently pointed out that pretend violence like in Doom does not promote real-life violence.

The growth of the Internet gave rise to many games that 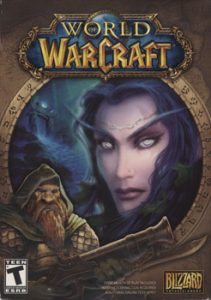 encouraged players to interact with one another in virtual communities. The most significant of these Massively Multiplayer Online games has been World of Warcraft, which came out in 2004 and, more than a decade later, still maintains more than 10 million online subscribers. World of Warcraft is not only the highest-grossing game of all time, but it has also forged countless virtual relationships as people have gathered together from around the world to collaborate with each other and play in its epic fantasy realms. As the process continues, World of Warcraft is shaping how people create and understand their virtual selves in a connected world.

These six games have influenced not only people’s play but also the broader society, and we are pleased to honor them as the first members of the World Video Game Hall of Fame.

What games should be recognized next? What do you think? Nominate your own selections at www.worldvideogamehalloffame.org and let us know which titles should be included in the 2016 class.