I count the chance to watch A Christmas Story, a film based on the recollections of the radio raconteur and writer Jean Shepherd, as one of the distinct joys of the season.

You may recall when the main character, Ralphie, who after a moment of stunned speechlessness in the presence of a weary, but imposing department-store Santa, blurts out his dream of the season’s ideal gift, “I want an official Red Ryder, carbine action, two-hundred shot range-model air rifle!” Though Ralphie (who is surely the cutest kid since Shirley Temple to grace an American movie) beams his most persuasive smile, Santa replies the way other responsible adults do, “You’ll shoot your eye out, kid. Ho…ho…ho….” 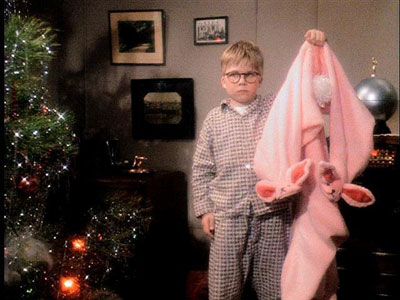 As Christmas morning stretches on, all hope seems lost when Ralphie, eager to open the pièce de résistance, instead unwraps a clueless present from a doting aunt—bunny themed pajamas sewed with appalling footies. A “pink nightmare,” Ralphie’s old man calls them. Of course, in this story Ralphie gets the object of his fervent desire. His cranky, but indulgent old man has overruled his sensible mother. The old man points to a large package hidden in plain sight, but somehow overlooked. In this story, however, delight does not come without irony. When Ralphie heads out into the backyard and shoots his new BB gun, a ricochet knocks his glasses off. The voiceover, Ralphie’s adult-self, remembers the moment, “I shot my eye out!”

The movie offers many comic twists like this, but the historian in me likes the film most for the way it recovers the keen anticipation during the weeks that, once upon a time, led up to the year’s big day. These days, presents arrive dependably and more routinely on birthdays, job anniversaries, graduations, and, as one online retail outfit puts it, “just because.” But in that era before big box stores and Internet merchandisers efficiently cornered the markets and filled houses with toys, gift-giving came mostly once a year when ordinarily tiny toy aisles swelled to overflowing. In the interval before Christmas, kids’ longing sharpened almost unbearably.

Because the society was less wealthy and so, because there was less material in our material culture, 19th– and early 20th-century Americans sometimes celebrated abundance by ringing the annual tree with toys from Christmases past. A new doll would rest in the old miniature crib or maybe a long-coveted brand new caboose would hitch up to the toy train that chugged around the tree. 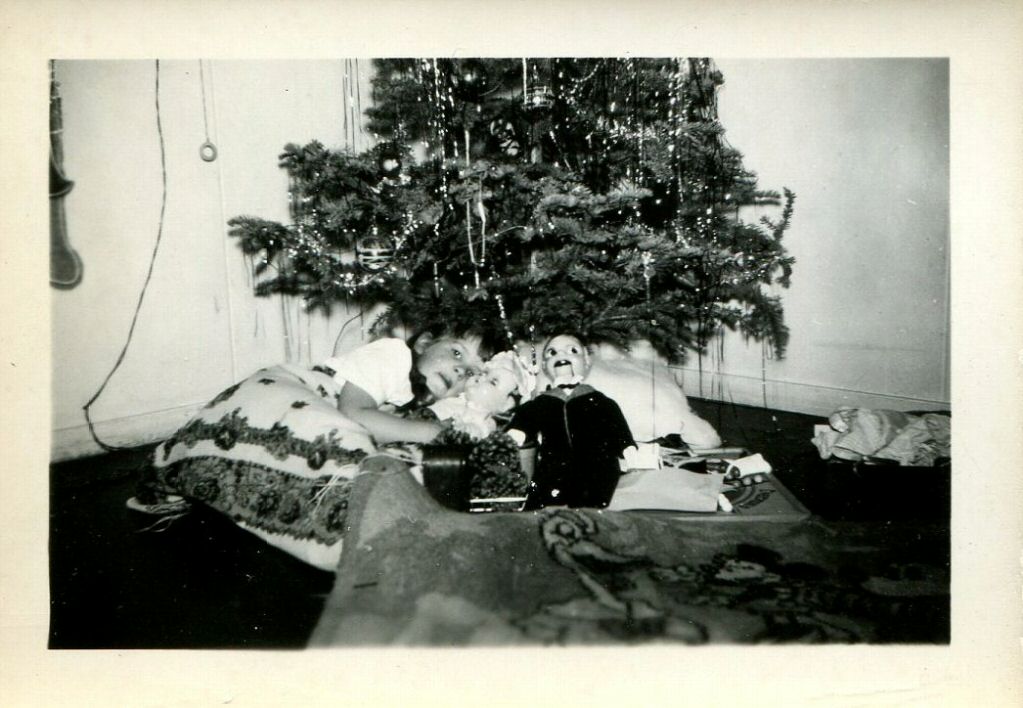 I think of this history because The Strong museum holds in its collections many tens of thousands of dolls and toys—the largest such assembly in the world. It’s a valuable trove that puts us in touch with the past and often with our former selves. Fleeting feelings and emotions are the mainstay of everyday mental life; they are our mind’s main experiences, after all. They are also the hardest phenomenon to preserve as we move along. Luckily, we have toys to remind us. Toys act powerfully as memory triggers. They become the relics of passing episodes of play, those fundamental formative experiences that tend to pass beneath our notice as we grow-up. Most importantly in this season, toys are vestiges of the keen anticipation and pleasurable surprises of Christmases past.