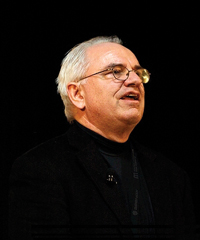 Veteran game designer Don Daglow recently gave the International Center for the History of Electronic Games a collection of design documents, early drafts of code, play test reports, and other papers that document the development of his games, including Neverwinter Nights (1991), one of the most important games in the history of the industry.

Daglow’s team had to overcome numerous technical hurdles to produce the game. Dial-up modems operated at speeds one-hundredth or one-thousandth of the rates of modems today. Game instructions and content crossed phone lines in packets of information, and severe limits on the size of these packets made it difficult for programmers to coordinate the simultaneous actions of all the players. In addition, because the team had recognized that chat enhanced the social experience of playing a multiplayer game, some of the packets had to accommodate conversations. When the game launched, each server hosted 50 players, which meant the computer had to calculate and convey the impact of each player’s actions and conversation to 49 other players. Doing this seamlessly required skilled programming on the part of programmers Cathryn Mataga and Craig Dykstra. 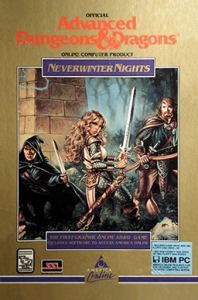 Daglow’s team also faced non-technical challenges. They had to determine the game’s style. Players would solve a story-based game too quickly, so, drawing on his background in theater, Daglow built scenarios that emphasized the development of settings that afforded players opportunities to cooperate and join together in the pursuit of quests, a design that ultimately inspired the formation of the first guilds in MMO’s. Although Daglow had seen online players aggressively form groups for well-organized, cooperative play in his previous AOL game, Quantum Space, even he was surprised by the complex organizations, constant activity, and support for new players that came from the NWN guilds.

AOL ran Neverwinter Nights until 1997. When the online service provider shut down the game after six years to focus on other business, the subscriber base exceeded 100,000 users. Neverwinter Nights established a new style of game play and popularized features of MMORPGs like guilds and chat that remain fixtures of the multiplayer online experience. Today, tens of millions of players take part in games like World of Warcraft, Ultima Online, and RuneScape.

By donating game development materials and sharing oral commentary that show how he developed Neverwinter Nights, Don Daglow has provided historians and others with crucial sources for understanding the origins of MMORPGs.