Excitement was building at the start of November as we prepared to induct three new toys-the baby doll, the skateboard, and the stick-into the National Toy Hall of Fame. I’d studied up on the toys’ histories, gathered my anecdotes, and felt prepared to explain to anyone who asked the all compelling reasons why they should join the 38 classic toys already in the Hall. 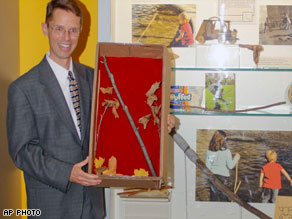 opens IMAGE file But I didn’t quite expect the intense media and public response to one of those toys. You see, nobody really wanted to discuss the baby doll or the skateboard-all they wanted to talk about was THE STICK.

We were familiar with the kind of attention that a non-traditional toy could generate based on the reaction we received in 2005 when we added the cardboard box to the National Toy Hall of Fame. Back then, we got global coverage about the cardboard box from television networks, radio stations (including National Public Radio), and dozens of newspapers.

But the stick definitely topped the cardboard box for getting conversations started about what it takes to make a great toy. And it prompted plenty of reminiscing about the kinds of imaginative, active play that sticks have inspired for lots of people worldwide, past and present. From ABC TV’s “Good Morning America Sunday” live broadcast at the museum, to BBC and Sirius XM Radio interviews, the media ate it up. Hundreds of newspapers like USA Today, the International Herald Tribune, and the Denver Post picked up the Associated Press story. Still others, including the New York Times, the Chicago Tribune, and the Lawrence Journal-World (in Kansas) weighed in on what a great choice the stick makes for the National Toy Hall of Fame. Stephen Colbert even “poked fun” at the stick’s induction on Comedy Central’s “The Colbert Report.” According to Nielsen Media Research, more than 32 million people saw stories about the stick. 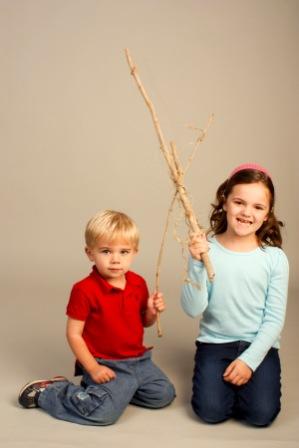 opens IMAGE file Of course, bloggers everywhere had opinions about the stick and its play value. Blogs on all sorts of topics-parental advice, gadgets, pop culture, green living-took up the cause of the stick: ParentDish, Best Week Ever, Gizmodo, BoingBoing, Neatorama, StrollerDerby, Navigator News, and Eco Child’s Play, to name just a few. The blogs-and their reader responses-go on and on (my last Google search revealed almost 4,500!), but I’ll leave it to you to share your own memories of playing with sticks here at the Play Stuff blog.