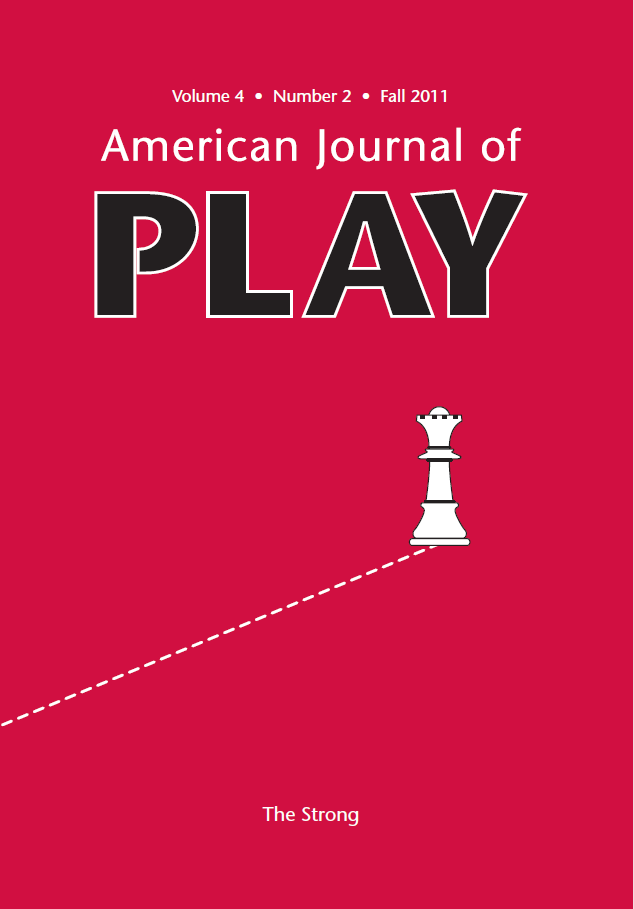 Richard Louv and Cheryl Charles research and write about play in natural settings. Louv, a journalist and recent visiting professor at Clemson University, is the author of eight books including the best-selling Last Child in the Woods: Saving Our Children from Nature-Deficit Disorder (2005) and The Nature Principle (2011). His regular column appeared in the San Diego Union-Tribune for more than twenty years. He has also written for the New York Times and Times of London and for Outside and Parents magazines. He has served on the editorial advisory board of Parents and received the Audubon Medal in 2008. Cheryl Charles is a conservationist and K–12 environmental-education specialist who helped launch the Leave No Child Inside initiative with Louv in 2006. A past member of the board of John Denver’s Windstar Foundation, Charles is cofounder and past CEO of the Windstar Land Conservancy and cofounder and CEO of the nonprofit Children and Nature Network. In this interview, Louv and Charles discuss the decline in outdoor play and the implications of this loss of familiarity with the natural world. They identify alarming physical, social, and psychological costs of alienation from nature but hold out hope that play will help reconnect children and families with their natural surroundings. Key words: Benefits of nature play; Children and Nature Network; nature-deficit disorder; nature play

Gangsters, Pranksters, and the Invention of Trick-or-Treating, 1930–1960opens PDF file

Twentieth-century Russian literary critic and semiotician Mikhail Bakhtin developed an epistemology that linked carnival, authority, and laughter. Drawing on his work, the author investigates hidden parent-child interactions and children’s discourse in early-childhood play. She argues that Bakhtin’s ideas of carnival and its discourses apply to young children’s pretend play. Early-childhood play, she holds, bridges the gap between authoritative and internally persuasive discourse, much as does the mockery of hierarchical order during the carnival festivals described by Bakhtin. The author uses examples from her study of culturally diverse three- and four-year-old preschoolers to illustrate the similarities between Bakhtin’s carnival and pretend play. She discusses such play in the context of children exploring their identities and negotiating their relationships with the adult world. She suggests that early-childhood educators could benefit by viewing play from a child’s perspective, as something not unlike carnival, rather than by forcing play always to fit more traditional developmental models. Key words: carnival; double-voiced discourse; dramatic play; grotesque realism; humor; Mikhail Bakhtin; pretend play; profanity; role reversal

A growing body of research has focused on the role of play in young children’s literacy development and early-literacy learning. In reviewing this research, the authors define the play-literacy nexus as that space where play, language, and emerging literacy behaviors converge and interact. They describe findings about the play-literacy nexus (which they call knowledge of the nexus) and what these findings mean for children, their parents, and their teachers in literacy development and early-literacy learning (which they dub knowledge in the nexus). They define play and literacy in terms of this current knowledge; they review the major theoretical frameworks that give rise to play-literacy hypotheses and relationships; and they discuss topics that connect play and literacy, including literacy-enriched play environments, play’s role in narrative development, and how play supports cognitive-linguistic abilities and skills that help children learn to read. They argue that knowledge of the play-literacy nexus, i.e. research, should determine the nature of the knowledge used in the play-literacy nexus within the larger context of early-childhood education, and they illustrate their argument with several evidence-based techniques for classroom practice, including literacy-enriched play environment design, topic- and theme-related dramatic play, and play planning. Key words: early-childhood education; early literacy; literacy-enriched play environments; play-literacy nexus; play planning; theme-related dramatic play

Play as a Pathway of Behavioropens PDF file

Seeking to understand play as part of a more general theory of human relationships, the author defines play as one of four fundamental categories of behavior, the others being work, ritual, and communitas. He discusses how each of these behaviors is organized as a “pathway” that offers distinctive opportunities for experiencing life and for discovering “self-locations,” specifically privilege, subordination, engagement, and marginality. These pathways and self-locations are understood to be key elements in the formation of experience. Associating play, ritual, work, and communitas with either ascending (self-directed) meaning or descending (other-directed) meaning, he describes their related “emotion sequences,” essentially chains of emotions that lead from feelings of anticipation to those addressing occurrences in the present to remembrances. For example, work leads from self-confidence to pride; play, from curiosity to gratitude; communitas, from hope to blessedness; and ritual, from faith to reverence. Each of the four pathways is a profoundly important, but also a limited format for action and experience. Key words: ascending and descending meaning; communitas; engagement; marginality; modes of self-location; patterns of behavior; play; privilege; ritual; subordination; work

Lynn E. Cohen is Associate Professor in the Department of Special Education and Literacy at Long Island University. Her research interests include young children’s language development, literacy learning, and early-childhood environments. Cohen founded the Play, Policy, and Practice Interest Forum of the National Association for the Education of Young Children and is a member of the executive committee of The Association for the Study of Play, and a coeditor of Play: A Polyphony of Research, Theories, and Issues, volume twelve of TASP’s Pay & Culture Studies series. She has contributed to numerous publications, including Early Childhood Education Journal, Early Childhood Today, Educational Studies, and Reading Horizons Journal.

Thomas S. Henricks is Distinguished University Professor at Elon University. He established the sociology major and developed the Faculty Resource Center at Elon and served as dean of the social sciences department and associate dean of the university. His research interests include social theory, modernization and change, popular culture, social stratification, race and ethnic relations, and particularly play and sport. His publications include Disputed Pleasures: Sport and Society in Preindustrial England; Play Reconsidered: Sociological Perspectives on Human Expression; and Selves, Societies, and Emotions: Understanding the Pathways of Experience (2012).

Samira Kawash is Professor Emerita in Women’s and Gender Studies at Rutgers University. She is the author of Dislocating the Color Line: Identity, Hybridity, and Singularity in African-American Narrative and has contributed articles to the Journal of American Culture, Public Culture, PAJ, and other journals. She has also contributed chapters to Frantz Fanon: Critical Perspectives; The New Economic Criticism: Studies at the Intersection of Literature and Economics; and Passing and the Fictions of Identity. She is working currently on a book about the cultural history of candy in twentieth-century America.

Kathleen Roskos is Professor of Education at John Carroll University and has served as director of the Ohio Literacy Initiative at the Ohio Department of Education. She is coeditor of Play and Literacy in Early Childhood: Research from Multiple Perspectives and coauthor of Designing Professional Development in Literacy: A Framework for Effective Instruction (Solving Problems in the Teaching of Literacy) and Nurturing Knowledge: Building a Foundation for School Success by Linking Early Literacy to Math, Science, Art, and Social Studies. She has also contributed chapters to numerous books and articles to the Journal of Early Childhood Literacy, Reading Research and Instruction, Language Arts, and Young Children. James F. Christie is Professor of Social and Family Dynamics at Arizona State University. He has published scores of articles and book chapters and is the author, coauthor, or editor of more than fifteen books, including Helping Young Children Learn Language and Literacy: Birth through Kindergarten; Teaching Language and Literacy: Preschool through the Elementary Grades; Building a Foundation for Preschool Literacy: Effective Instruction for Children’s Reading and Writing Development; and Play and Early Childhood Development. Christie has presented papers internationally and served in various editorial capacities for a number of scholarly journals, including Reading Research Quarterly.