As the longest-published, most successful educational game of all time, The Oregon Trail has blazed a path for the use of video games in learning. 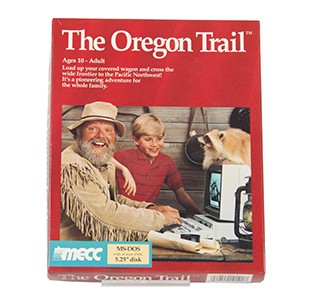 Three student teachers, Don Rawitsch, Bill Heinemann, and Paul Dillenberger, created The Oregon Trail in 1971 to help Minnesota schoolchildren learn American History. First programmed on a primitive teletype printer, the game challenged students to assume the role of Western settlers crossing the continent on the way to the Pacific coast. Players had to choose which items to bring, how fast to travel, and what to do when food ran low or disease struck.

When Rawitsch joined the Minnesota Educational Computer Consortium (MECC) in 1974, he brought along the code for the game and MECC developed a version for distribution to schools—first in Minnesota and then around the United States. The game has been widely available ever since, appearing on every major computing platform, from mainframes to smartphones. 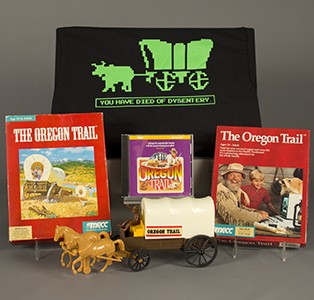 In the 1970s and 1980s, when computing access was rare, The Oregon Trail not only instructed players in American history but also introduced them to computers. The more than 65 million copies of the game that have been sold testify to the game’s appealing story and fun play.

The Oregon Trail is perhaps the oldest continuously available video game ever made, but more importantly, it pioneered a blend of learning and play that showcases the valuable contribution games can make to education.

Four Decades on the Oregon Trail

The Oregon Trail, MECC, and the Rise of Computer Learning Online Exhibit