Inspired by creator Shigeru Miyamoto’s childhood expeditions through woods and caves, The Legend of Zelda popularized non-linear, open-world exploration games and paved the way for some of the industry’s most famous role-playing and action-adventure games.

Originally released in 1986 as a flagship game for the Famicom Disk System, Zelda no Densetsu: The Hyrule Fantasy—known worldwide as The Legend of Zelda—became one of Nintendo’s most popular franchises. Zelda serves as a coming-of-age story for the protagonist Link, who must gather eight fragments of the legendary Triforce of Wisdom to rescue Princess Zelda from the clutches of the evil Ganon. 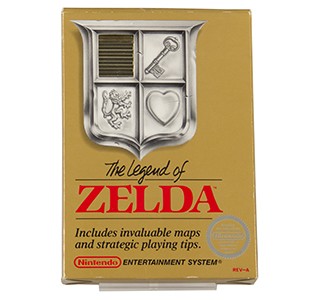 Unlike Miyamoto’s Mario series, which he was developing simultaneously, Zelda players had no set path to follow and were free to explore the world of Hyrule in whatever order they chose. The game’s complexity encouraged gamers to speak with one another to share tips and tricks, and these conversations led to the creation of the Nintendo Fun Club newsletter (later Nintendo Power magazine) which included hints for games like Zelda. 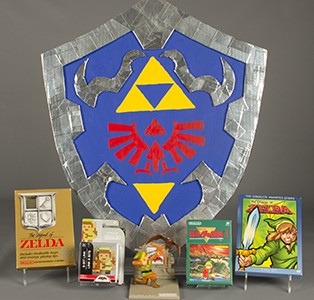 Zelda influenced later console role-playing games, such as Square’s Final Fantasy, and other non-linear action-adventure/puzzle hybrids, including Nintendo’s own Metroid. Zelda is also notable for being the first console game in the North American market to include an internal battery for backing up saved data.

The Legend of Zelda sold more than 6.5 million copies and became the fourth best-selling NES game of all time, behind only the first three Super Mario games. Altogether, Zelda games have sold over 73.6 million copies worldwide.

Early game testers complained Zelda was too difficult, so creator Shigeru Miyamoto retaliated by taking away Link’s wooden sword, forcing players to seek out the “Old Man” in a cave to find it. He did this to encourage players to talk about the game and foster a community.