During the 1960s, America was in a fierce space race with the Soviet Union. Computers helped scientists figure out how to boost real-life rockets into orbit, so it’s perhaps not surprising that computers also became the means for modeling interstellar combat. 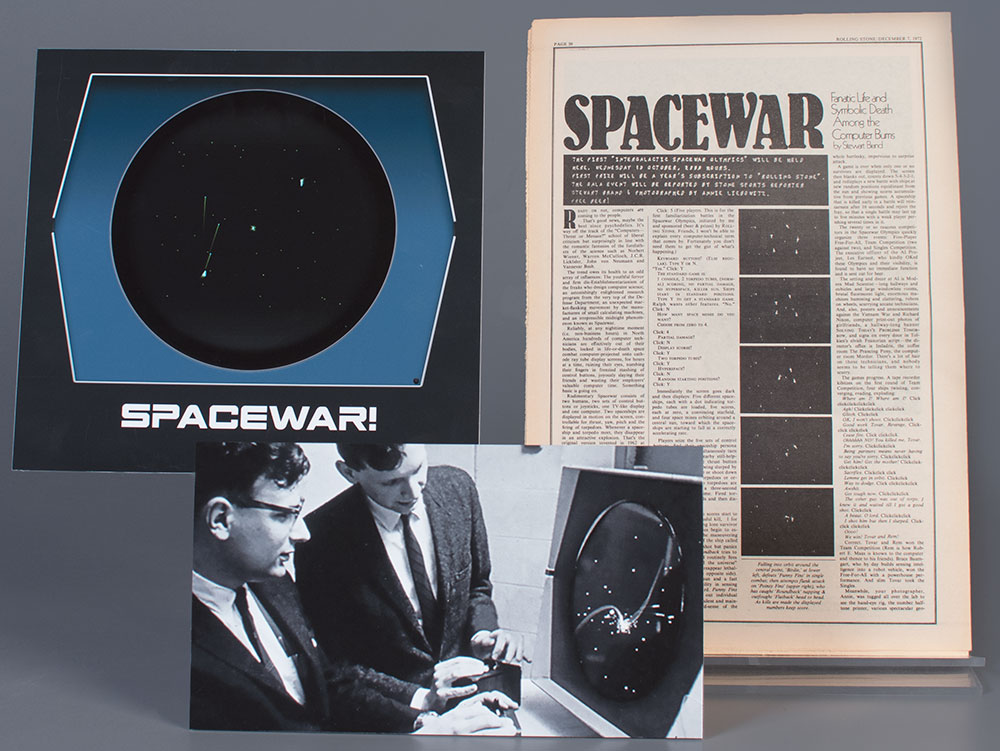 The person most responsible for doing this was Steve Russell. When the Massachusetts Institute of Technology acquired a new DEC PDP-1 minicomputer, he set out to create a simulated dog fight in outer space reminiscent of the science fiction he loved.

By 1962, with the help of some others, he had created a game in which two players controlled spaceships that launched torpedoes at each other, all the time circling a sun whose gravitational pull threatened fiery destruction. Skilled players learned how to use the laws of gravity to outfox their opponents and dodge missiles. Desperate players jabbed the hyperspace panic button, but this often stranded them in the enemy’s path or the sun’s gravitational pull.

The game was instantly addictive, and it migrated across the United States and even abroad. Computer science pioneer Alan Kay noted, “the game of Spacewar blossoms spontaneously wherever there is a graphics display connected to a computer.”

For a decade after its creation, it remained the most popular game on most computer systems. As it spread, players modded and improved the game. Journalists began to write about it in articles in Analog and Rolling Stone in 1971 and 1972 that profiled the game itself and the culture that surrounded it.

By 1971, a coin-operated version appeared in the Stanford student union. A young engineer, Nolan Bushnell, saw its potential as an arcade game and developed Computer Space, a version created by Nutting Associates with an eye-catching, curvaceous, fiberglass body. Unfortunately the arcade game was a clunky remake of the original, and many patrons found it confusing to play. Bushnell found better success with his next game Pong, which sparked an arcade revolution.

While the original Spacewar! was not a commercial game, it helped launch the $100 billion video game industry by turning the computer into the most powerful toy ever created.

As Rolling Stone commented in 1972, it was “a flawless crystal ball of things to come in computer science and computer use.”

On December 7, 1972, Rolling Stone published an article on Spacewar! by journalist Stewart Brand, with pictures by famed photographer Annie Leibovitz, making it the first example of video game journalism to appear in a major American magazine.

Fly You to the Moon?