By most measures of popular impact, Pong launched the video game industry. 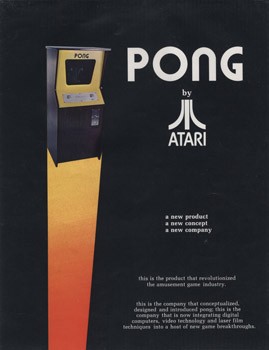 A simple game involving two paddles and a ball, Pong introduced millions to the joys of playing video games. Although it was not the first electronic game, and the Magnavox Odyssey home console already featured a similar tennis game, Pong was the first game to grab wide-scale public attention. Its success launched Atari into a preeminent role in the video game industry.

Atari founder Nolan Bushnell conceived the idea of a video version of Ping-Pong in 1972 and assigned engineer Allan Alcorn to create it. Within several months, Alcorn developed a prototype for a coin-operated arcade version so engaging that users testing it in a neighborhood bar filled its coin box to overflowing. Soon Atari had tens of thousands of copies of the game in restaurants and bars all over the country. The arcade era of video games had begun. 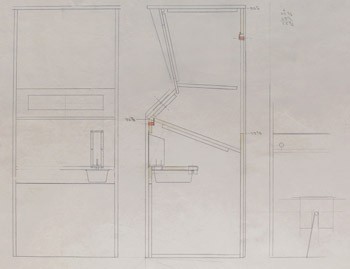 In 1975, Atari used the Sears Catalog to introduce a home version just as easy to understand and fun to play as the coin-operated arcade machine. Home Pong became the hot Christmas gift, selling hundreds of thousands of copies, introducing millions of children to video games, and transforming the TV from a passive medium into an interactive plaything.

The first Pong prototype appeared in Andy Capp’s Tavern, a bar in Sunnyvale, CA. Owner Bill Gaddis complained that it was malfunctioning after only a few weeks, but it turned out the machine was simply overflowing with quarters from near-constant play!

But Mom, I Wanted PONG!