Grand Theft Auto III’s vast open world made it famous while its mature content made it infamous.

It wasn’t the first 3-D “sandbox” game to allow players to freely interact with an open virtual world, or even the first game in its juggernaut franchise. But the 2001 game was the first of its kind to achieve massive mainstream popularity and widespread critical acclaim by appealing to millions of players who relished the freedom to push the boundaries of what their in-game characters could do in an open world. 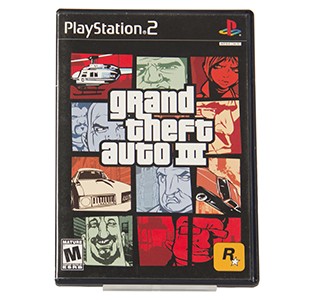 Set in the fictional Liberty City, players controlled a silent male character presented with opportunities to climb the city’s criminal ladder by carrying out jobs for local crime bosses. If the player chose to undertake these missions, the game play and narrative resembled Horatio Alger-like criminal rags-to-riches stories made popular in so many American gangster films. 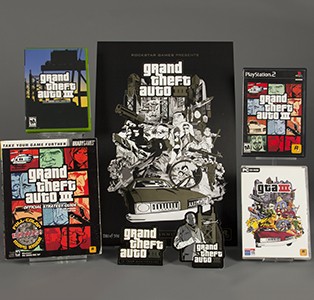 The game’s carjackings, high speed chases, and destruction also made it a subject of much cultural commentary outside of video games. While some critics dubbed the game a “thug simulator,” other observers defended it as gritty social commentary and satire. Ultimately players could choose for themselves whether or not they wanted to use their character to criminal acts or ignore the missions and explore Liberty City.

By providing players with a license to do virtually anything they wanted to do on foot or behind the wheel, Grand Theft Auto III signaled video games aren’t just for kids. And the game’s unlimited play possibilities became a model for many other open-world games that followed.

The Korea Media Rating Board originally banned GTA III for “violence and cruelty” in South Korea, but the country’s newer Games Rating Board allowed the 10th anniversary edition to be sold in 2011.