Do you marvel at the toys and dolls on display at The Strong? Ever wonder how they came to the National Museum of Play? As curator of games—board games, card games, and many more—I’m responsible for acquiring historic playthings and popular new examples. But how exactly do we do it? 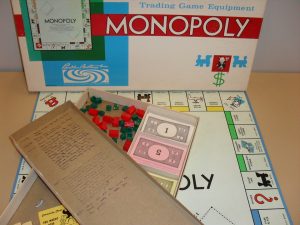 One way is through donation. And some of my favorite donations include stories about who played the game and what that experience involved. For example, the museum received a opens in a new windowMonopoly game that the donor used during the 1970s. Pretty average, right? But her brother and a friend wrote the dates and details about each game they played—a sort of game diary—inside the game box insert. I think of it as their personalized version of the player rankings on a video game. A different type of story came with a copy of opens in a new windowTrump, The Game, from 1989. Its donor recalled that his family attempted to play the game only once, but they found it “impossible to figure out.” He kept the game but he felt it embodied “the excesses of the 1980s.” Not something The Donald would like to hear, but a personal perspective that makes the game more meaningful to The Strong.

Besides accepting donations, the museum also purchases artifacts. Sometimes, vendors approach us with items they hope we’ll buy. More often, we seek out specific examples to use in upcoming exhibits. Frequently, we browse online auction sites such as eBay. Although very few playthings listed there come with any personalized history of use, eBay can’t be beat for offering the widest number of options. For instance, when we needed opens in a new windowThe Beatles’ Flip Your Wig Game for a 2001 exhibition on the Fab Four, we found it on eBay. The game now lives in a 1960s playthings case on the museum’s second floor. 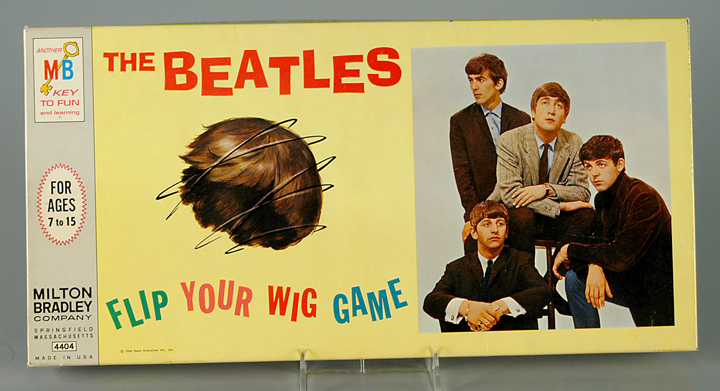 Once in a great while, the museum’s curators attend a toy auction. At these events, the curators peruse important, milestone toys from legendary collections and try to win the bidding for artifacts that address particular collecting objectives for the museum. Such was the case when The Strong purchased the opens in a new windowCharles Darrow round Monopoly set at Sotheby’s 2010 auction of Malcolm Forbes’s Monopoly games. Darrow and his family used this actual game board, and this round set served as a prototype for the square Monopoly games Darrow later produced before selling Monopoly to Parker Brothers. 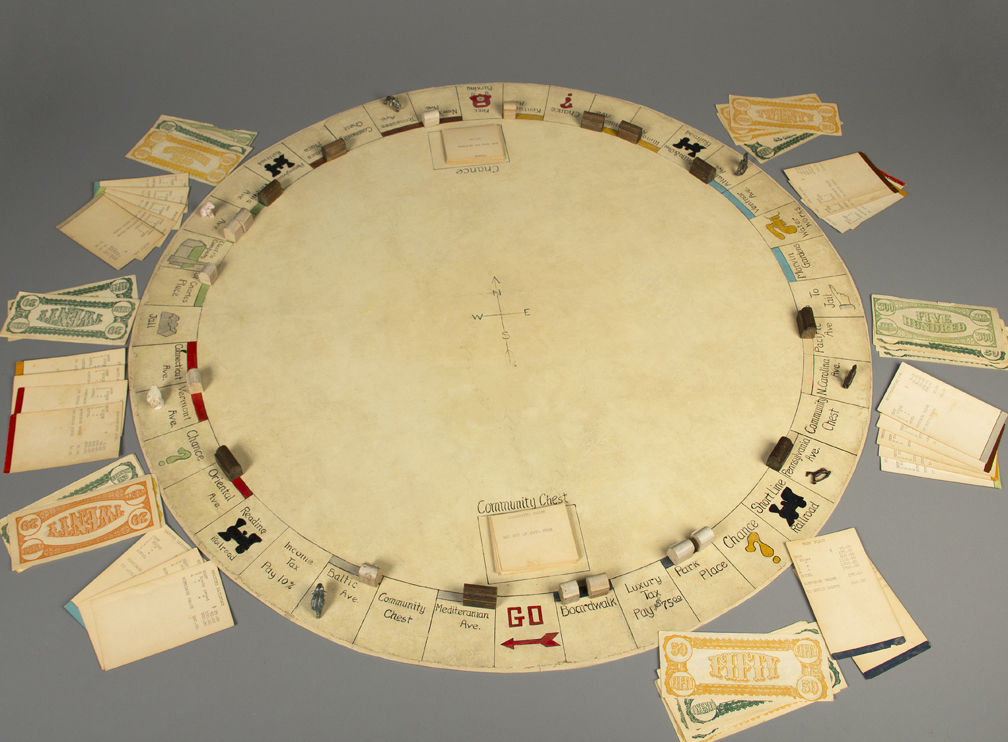 I’ll confess, I felt excited and nervous just to be at Sotheby’s that day, face-to-face with the ultimate iconic Monopoly set. The National Toy Hall of Fame inducted Monopoly in 1998, a fitting recognition of its status as the world’s most popular board game. So I was thrilled to do my part in making sure that Charles Darrow’s personal game—the game that started the world’s Monopoly craze—is housed at The Strong, home to the world’s most comprehensive collection of toys, dolls, and games. And now both personal stories about milestone Monopoly games, as well as the unexpected history behind the famous real estate game, are told in Monopoly: An American Icon, a new exhibit on the museum’s second floor. I hope you’ll check it out soon.