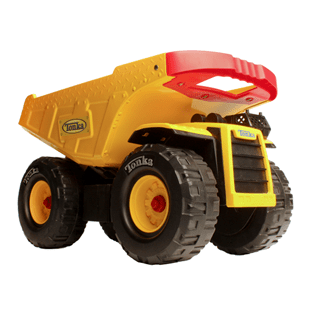 Just after World War II, three Minnesotans who wanted to manufacture garden tools founded Mound Metalcraft in the basement of a local schoolhouse. In 1947, they acquired a competing company and inherited a toy steam shovel in the process. This gave them the idea of making toys. Using pressed steel, they designed a digger and a working “crane and clam.” After selling 37,000 units in the first year, the founders abandoned garden equipment and concentrated on making toys. They also changed the company name to “Tonka,” after nearby Lake Minnetonka, and branched out, adding semis, wreckers, dump trucks, fire trucks, and forklifts. While earning a reputation for durability and realism, Tonka kept up with changes in real-life construction and transportation. The company introduced pick-ups in 1955, a Jeep in 1962, and the bright yellow Mighty Dump Truck in 1965. The latter became Tonka’s best-selling toy for the rest of the century. Hasbro acquired the company in 1991. More than 30 trucks now fill out the Tonka line. 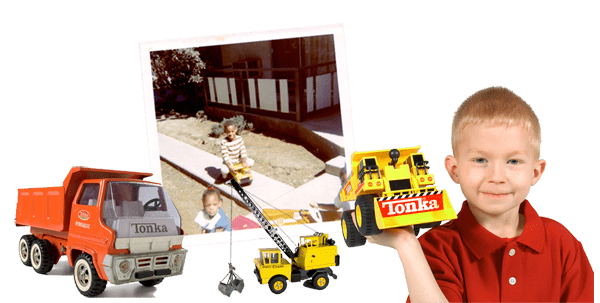 Factoyd: The Mighty Dump Truck—introduced in 1965—continues to be Tonka’s best-selling toy