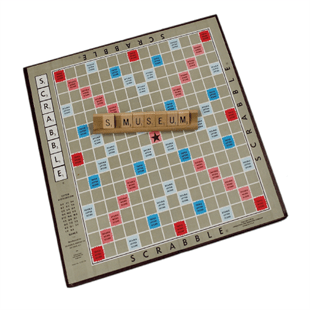 During the Great Depression, architect Alfred M. Butts had time on his hands and play on his mind. He devised a game of 100 lettered tiles used to form words on a square grid that looked like a crossword puzzle. Each letter carried a numerical value, and players scored points by tallying up the values of the letters in the words they laid down.

Butts was a better game creator than marketer. He called his game Lexiko, then Criss Cross Words; but the names did little for sales. In 1948, Butts licensed the rights to James Brunot who refined the rules, changed the design, and offered another new name: Scrabble. Early sales were slow, but word of mouth created devotees. By 1954, after Selchow & Righter had taken over production, sales topped 4.5 million. The game’s popularity hasn’t flagged: present owner Hasbro, Inc. sells two million copies annually in the United States and millions more internationally.

Factoyd: In 2006, Massachusetts’ native Michael Cresta played the word QUIXOTRY in a tournament, worth a record 365 points