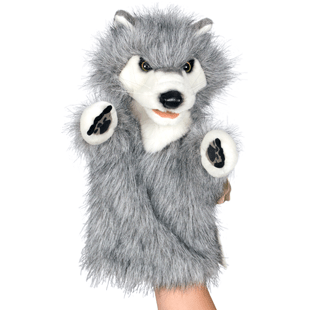 Puppets may have originated in the Egypt of the pharaohs or in India nearly 6,000 years ago. Because the toy form appears long ago in nearly every culture in Asia, Europe, and the Americas, no one really knows where it began. Plato and Aristotle wrote of puppets, and ancient puppeteers presented the Iliad and the Odyssey using figures made of clay and ivory. Early Chinese and Japanese puppeteers fashioned miniature figures for religious ceremonies and the telling of folktales and epic stories of gods and heroes. In Europe, the Christian church used puppets to present morality plays. Eventually puppet theater included secular stories and comedies, and puppetry became a popular form of rowdy entertainment at carnivals, fairs, and market gatherings.

Europeans brought puppets to the New World, and the playful figures entertained Americans in street theaters and later in vaudeville houses and on public stages across the country. In the 20th century, television spread the popularity of puppets among children and adults and produced some beloved American icons. Charlie McCarthy led the way for Howdy Doody, a little puppet with his very own television series in the 1950s. Howdy shared his TV audiences with Kukla, Fran, and Ollie. Shari Lewis, a ventriloquist and puppeteer, featured her characters Lamb Chop, Hush Puppy, Charlie Horse, and others on a number of TV series that entertained children from the 1950s to the 1990s. And, of course, since 1969 Jim Henson’s Sesame Street puppet characters have taught children the world over their numbers, letters, and more.

Puppets belong in the play world of individual children too. Hand puppets have been a popular toy form for more than a century. Playing with puppets helps children develop coordination and manual dexterity. Children use their imaginations to provide voice, plot, and purpose to their puppet characters. Puppets give kids cover to confront new challenges and troubling subjects: kids often use puppets to act out and say things that they wouldn’t say or do on their own. Using puppets allows children to try on new personalities, emotions, and goals. 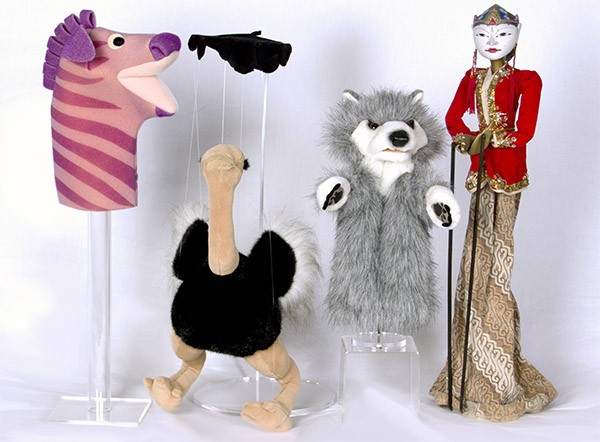 Factoyd: Puppets have been found in ancient cultures in Egypt, India, China, and Japan.