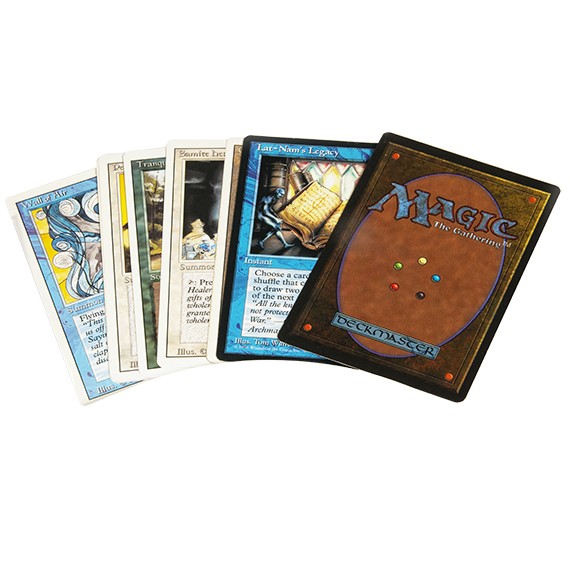 Magic: The Gathering was unlike any previous card game when it was introduced in 1993. Inventor Richard Garfield loved games. A PhD candidate in mathematics, he brought games into his courses for undergraduates and even demonstrated “condiment games” when dining with colleagues. When a game publisher refused a board game he’d submitted, Garfield challenged the man to “describe a game concept—any concept—and I’ll design a game around it for you.” So Kent Adkison, president of fledgling game company Wizards of the Coast, described a simple but distracting game useful during downtime at game conventions. In just two years Garfield’s Magic: The Gathering premiered at GenCon 1993. Gaming would never be the same.

Magic players are wizards, who battle each other with spells which can summon creatures or affect the conditions of the battlefield and the rules of the game. They play to eliminate an opponent’s life points which in the most common mode start at 20. But casting spells costs a player, not in life but in mana, which is primarily generated through land cards, but can also be done through certain creature abilities and other spells. The game is purposefully complex but also made more fun because each card is unique, and all can change the elements and directions, or essentially the rules, of the play. Some rarer cards even open new ways to win or lose. Thus, although the complex rules must be followed, the nature of the cards makes for completely different rules in every game. Such random variability translates into great fun, and into a wildly addicting game like no other before it.

Besides its novel mechanism for play, Magic claims another first. Players can improve their odds by expanding their cache of cards from which to compose their play deck. A skilled player may favor a certain strategy, but more cards that support that approach will benefit the player in the end. As devoted players bought cards, saved cards, traded cards, and bought more cards, the collectible card game genre was born. 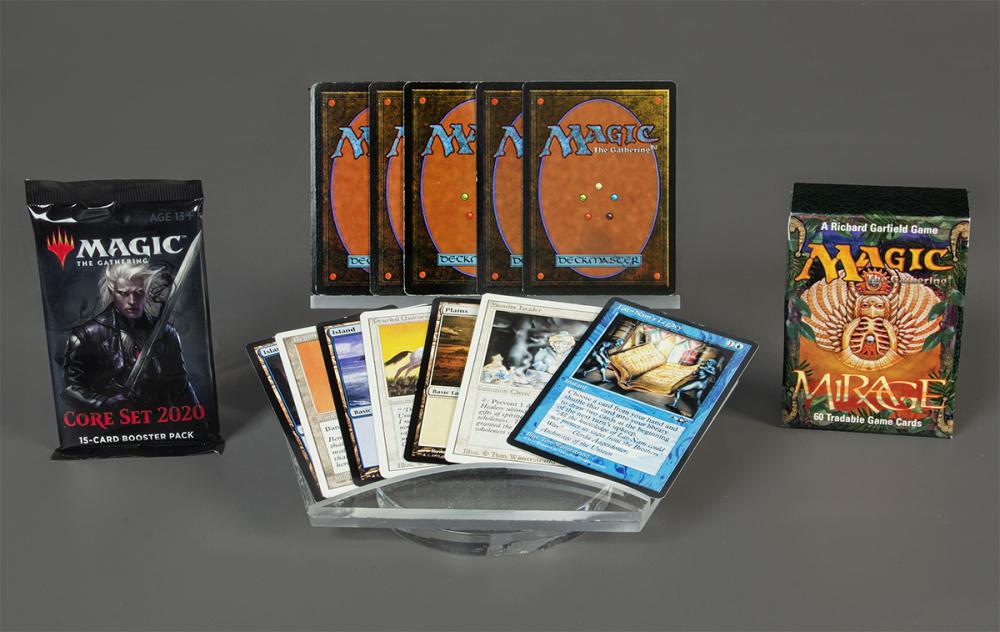 Factoyd: Magic: The Gathering was recently determined to be the most complex game in existence. There are so many options it is virtually impossible for artificial intelligence to make accurate predictions.