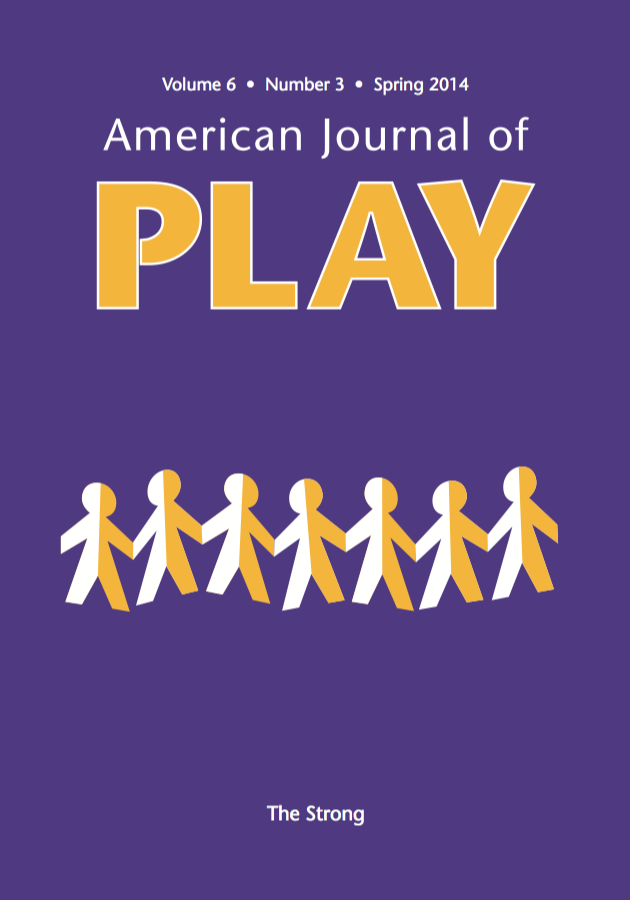 Play and the Art of Psychotherapy: An Interview with Terry Marks-Tarlowopens PDF file

Terry Marks-Tarlow is a clinical and consulting psychologist and psychotherapist and a member of the teaching faculty at the Reiss Davis Child Study Center in Los Angeles. She is the author of Awakening Clinical Intuition: An Experiential Workbook for Psychotherapists; Psyche’s Veil: Psychotherapy, Fractals, and Complexity; Clinical Intuition in Psychotherapy: The Neurobiology of Embodied Response; and Creativity Inside Out: Learning through Multiple Intelligences. She is also a research associate of the Institute of Fractal Research in Germany, and her numerous publications include several works on fractals. Marks-Tarlow is also a rock-climber, dancer, painter, librettist, and yoga teacher. In this far-reaching interview, she explores the sources of play, creativity, and social connection and their relationship to the search for mental equilibrium. She discusses the game-like interplay of therapist and patient. And she suggests that fluid states of play rather than rigid theory should guide the course of therapy and inform clinical insight. Key words: clinical intuition, creativity, fractals, playful therapy, psychotherapy

Strategy and Sociability: The Mind, the Body, and the Soul of Chessopens PDF file

Chess is a game of minds, bodies, and emotions. Most players recognize each of these as essential to playful competition, and all three are embedded in social relations. Thus chess, despite its reputation as a game of the mind, is not only a deeply thoughtful exercise, but also a test of physical endurance and strong emotions in its joys and failures. This exercise of thought, stamina, and feeling gets shaped, in turn, by chess’s dependence on social arrangements among a player, a competitive other, and an audience. Like all forms of social play, games like chess rely on the community in which they occur. Having spent five years observing scholastic, collegiate, community, and professional chess and having interviewed players of various skill levels, the author argues that chess must be understood in light of the social relations and the communities that shape the competition. Key words: body in chess play; chess; components of chess play; emotion in chess play; mind in chess play; social relations

Validating the Adult Playfulness Trait Scale (APTS): An Examination of Personality, Behavior, Attitude, and Perception in the Nomological Network of Playfulnessopens PDF file

The authors discuss the Adult Playfulness Trait Scale (APTS), a measurement that they developed along with a conceptualization of playfulness based on a synthesis of personality research and play literature. They assert the research they conducted, which examined the nomological network of playfulness and involved relevant constructs of personality (self as entertainment), behavior (playing), attitude (goal attainment), and perception (leisure boredom), empirically validates the APTS. They present data from two studies to show correlations between the APTS and measures of theoretically related constructs to support their claims. In particular, they use results from known-group comparisons to illustrate that the APTS can successfully and effectively distinguish individuals with different levels of playfulness. They hope thereby not only to establish the validity of the APTS but to encourage its wider application in research on play. Key words: Adult Playfulness Trait Scale; APTS; nomological network of playfulness; personality research; play; playfulness; play research; reliability studies; validating research instruments

Playgrounds with spaces that attract children increase the likelihood children will use them, the authors note, and playgrounds offer an opportunity for children to experience the risks of outdoor play. The authors used natural observation to study the children at play in a newly built New Zealand playground where such an important kind of behavioral learning was possible. In five-minute intervals over 615 minutes, they observed children of various ages and genders using the playground equipment. They discovered that swinging, spinning, and climbing—all at speeds and heights that made them risky—were the most popular activities overall for children. They discuss the important implications of these and their other findings for playground designers and for those worried about the decreasing time children spend playing outdoors. Key words: children, children’s play preferences; playgrounds, safe play, risky play

A clinical psychologist and consulting psychotherapist discusses how elements of play, inherent in the intuition required in analysis, can provide a cornerstone for serious therapeutic work. She argues that many aspects of play—its key roles in human development, individual growth, and personal creativity, among others—can help therapists and patients alike tap into matters unique, salient, and vital to analysis. She recommends therapists take advantage of this intuitive aid play offers by experimenting with embodied perception and response through the use of guided imagery. Creating a sense of play in clinical conditions, she holds, makes it safe for patients to try out new ways of feeling, thinking, being, and behaving, all of which can lead to a deeper self-awareness and to healthy change. Key words: clinical psychology; guided imagery; play in psychotherapy; self-awareness

Sam Pettus, Service Games: The Rise and Fall of SEGA and The History of Sonic the Hedgehogopens PDF file