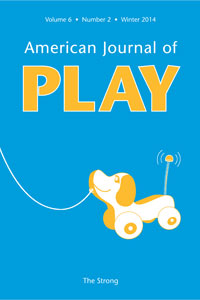 Storytelling, Story Acting, and Literacy in the Boston Public Schools: An Interview with Jason Sachs, Ben Mardell, and Marina Boni

Jason Sachs is Director of Early Childhood Education for Boston Public Schools, where he oversees preschool and kindergarten programs across the district. A graduate of the Harvard Graduate School of Education, he worked previously in the Massachusetts Department of Education’s Division of Early Learning Services and has served on the Governing Board of the National Association for the Education of Young Children (NAEYC). Ben Mardell is Professor in the Graduate School of Education at Lesley University, where his concentrations include early-childhood education and Reggio Emilia–inspired teaching. His publications include From Basketball to the Beatles: In Search of Compelling Early Childhood Curriculum. Marina Boni is Early Childhood Mentor in the Boston Public Schools. Previously she taught for nineteen years at the Cambridgeport Children’s Center, which follows a Reggio Emilia–inspired teaching philosophy. Here Sachs, Mardell, and Boni discuss the Boston Public Schools’ Boston Listens Program—informed principally by Vivian Paley’s work on storytelling and learning—and how teachers in the program use storytelling and story acting to promote language and literacy in young children. Key words: Boston Public Schools; language; literacy; story acting; storytelling; Vivian Paley

Play as Self-Realization: Toward a General Theory of Play

In a wide-ranging essay that reviews the major theories of plays and relates them to significant notions of the self, the author addresses the question of why we play. He does so to argue that play is a biologically driven project of self-understanding and self-realization, one that humans—although they also share the experience with other creatures—have developed most fully as a part of their psychological and social life. Key words: play and self-realization; rhetorics of play; theories of play

The Elements of Play: Toward a Philosophy and a Definition of Play

Scholars conventionally find play difficult to define because the concept is complex and ambiguous. The author proffers a definition of play that takes into consideration its dynamic character, posits six basic elements of play (anticipation, surprise, pleasure, understanding, strength, and poise), and explores some of their emotional, physical, and intellectual dimensions. He argues for a play ethos that recognizes play is evolution based and developmentally beneficial. He insists, however, that, at its most elemental, play always promises fun. In this context, any activity that lacks these six elements, he contends, will not fully qualify as play. Key words: definition of play; elements of play; universe of play

Well Played: The Origins and Future of Playfulness

In this article, the author synthesizes research from several disciplines to shed light on play’s central role in healthy development. Gordon builds on research in attachment theory that correlates secure attachment in infancy with adult well-being to demonstrate how playfulness might be a lifelong outcome of secure attachment and a primary factor in well-being. She discusses infants enacting the two primary attachment behaviors, attachment and exploration, as protosocial and exploratory play, then shows how these form a foundation for lifelong play and development. She reviews several metaphors for world views that arise from different attachment styles and endure throughout life in ways she claims either enhance or inhibit playfulness. She explores the notion that adults can earn secure attachment through attuned play and restore what she sees as their innate playfulness and well-being. Key words: attachment theory; attuned play; broadening-and-building theory; exploratory play; happiness set point; internal working models (IWM); playfulness and well-being

Deep Play: Rationality in the Life World with Special Reference to Sailing

In an essay on the rationality of play, the author characterizes rationality by the three distinct demands it makes on the individual—demands for autonomy, solidarity, and integrity. He develops each of these as they apply to the sport of sailing, using the example of two deep-ocean expeditions to arrive at a concept of deep play he sees as one solution to the existential problem of living rationally. In the course of doing so, he suggests why so many disparate activities fall under this concept of deep play and concludes with a reflection on how deep play transcends sports. Key words: autonomy; Bernard Moitessier; integrity; deep play; rationality of play; sailing; solidarity

Juliet Kinchin and Aidan O’Connor, Century of the Child: Growing by Design, 1900–2000

John Fox, The Ball: The Object of the Game

David M. Ewalt, Of Dice and Men: The Story of Dungeons and Dragons and the People Who Play It

T. L. Taylor, Raising the Stakes: E-Sports and the Professionalization of Computer Gaming

Scott G. Eberle is Vice President for Play Studies at The Strong and Editor of the American Journal of Play. An intellectual historian, he has developed dozens of exhibits for The Strong museum, lectured widely on historical interpretation, and contributed to the Journal of Museum Education, Death Studies, and History News. He is the author, coauthor, and coeditor of four books, including Classic Toys of the National Toy Hall of Fame: A Celebration of the Greatest Toys of All Time! He is currently coediting the Handbook of the Study of Play, and he regularly contributes blogs to Psychology Today.

Patrick Goold is Associate Professor of Philosophy at Virginia Wesleyan College. His research focuses on the philosophy of sports, rationality, and practical rationality. In addition to numerous articles, his publications include Modern Philosophy—From Descartes to Nietzsche: An Anthology, of which he is coeditor. An avid sailor, he is also coeditor of Sailing-Philosophy for Everyone: Catching the Drift of Why We Sail.

Gwen Gordon is an artist, filmmaker, and play consultant in California. She has designed and built Muppets for Sesame Street Workshop, assisted in research at the MIT Media Lab, and consulted with Xerox, PARC, and IDEO. She served as creative director for a PBS pilot that won five Emmy Awards and is currently producing the documentary Seriously! The Future Depends on Play.

Thomas S. Henricks is Distinguished University Professor at Elon University. His interests as a sociologist include social theory, modernization and change, popular culture, social stratification, race and ethnic relations, and, particularly, play and sports. His numerous publications include Disputed Pleasures: Sport and Society in Preindustrial England; Play Reconsidered: Sociological Perspectives on Human Pleasure; and Selves, Societies, and Emotions: Understanding the Pathways of Experience.