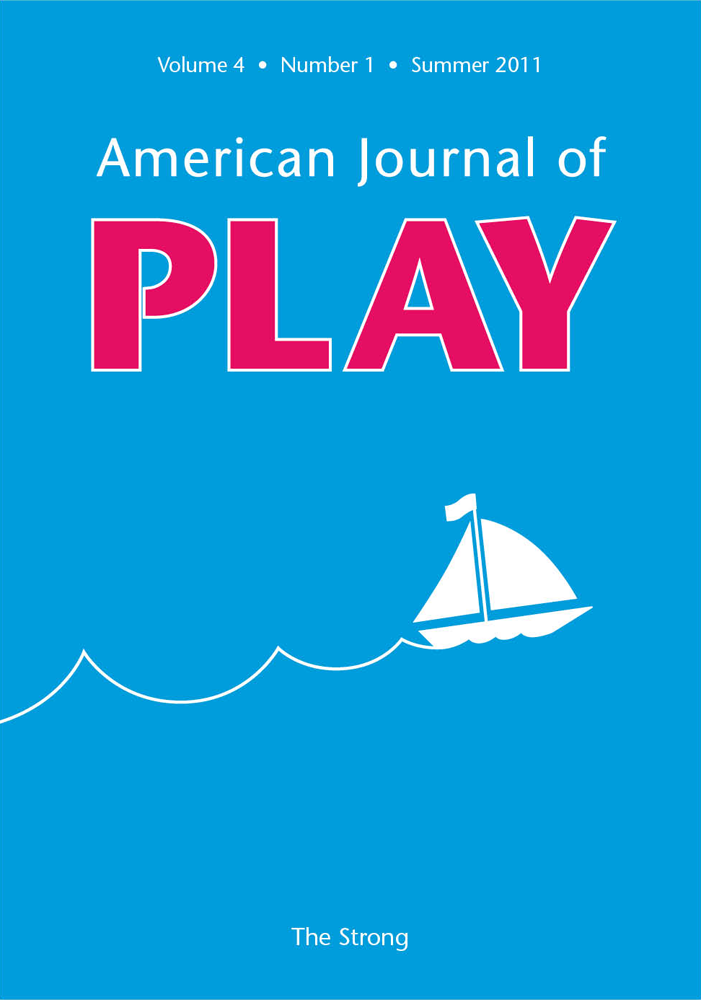 Play and the Hundred Languages of Children: An Interview with Lella Gandiniopens PDF file

A student of children’s folkways, Italian author and teacher Lella Gandini is best known in the United States as the leading advocate for the Reggio Emilia approach to early-childhood education, which emerged after the Second World War in Northern Italy—in the town that gives this approach its name. Gandini’s many publications in English and Italian include volumes on early-childhood education and Italian folklore, and she is coauthor or coeditor of such works as Insights and Inspirations from Reggio Emilia: Stories of Teachers and Children from North America; The Hundred Languages of Children: The Reggio Emilia Approach to Early Childhood Education; and Beautiful Stuff!: Learning with Found Materials. She holds a doctorate in education and has taught at the University of Massachusetts, Lesley College, and Smith College. In this interview, Gandini discusses how teachers and children in Reggio schools make thinking visible as they draw, sculpt, tell stories, construct theories, make maps, compose poetry, and explore their creativity in dramatic play. Key words: Alliance for Childhood; bedtime ritual; cantilene, Eric Carle; Bruno Ciari; filastrocche; Loris Malaguzzi; Don Milani; Montessori method; National Association for the Education of Young Children; Reggio Emilia

Playing with the Multiple Intelligences: How Play Helps Them Growopens PDF file

Many early developmental theorists such as Freud, Erikson, Piaget, and Vygotsky suggested that play—which the authors of this article define as both playful activity and playful thought—had the power to influence the moral emotions, behaviors, and reasoning of children. More recent researchers have also found evidence of moral development in their observations of children’s play. But, the authors claim, there have been many changes in the culture of childhood and adolescence in the past twenty years, and these have affected both the amount of time spent in play and the types of play that prevail. This article describes potential changes in the nature of play related to three new technologies—technology-augmented toys, video games, and virtual communities—and reviews the research and theory about their impact on play and on moral development. The authors look at research (including their own), discuss the positive and negative influences of these new technologies, and describe the need for further investigation. Key words: cheating; play and moral development; technology-augmented toys; video games; violence in video games; virtual communities

As many cultural groups in Western societies have become disaffected with mainstream sports cultures and their logics of practice, sociologists of sport and physical culture have turned their attention to the existential benefits of play and games. There is growing interest in revisiting and exploring the classic theories of play in society, including those of Roger Caillois. The author considers the increasingly popular practice of fell running among a group of enthusiasts in the United Kingdom as an activity that playfully embraces and celebrates the voluptuous panic of ilinx activities. He argues that fell running is not a pure form of ilinx as defined by Caillois but that the sport’s willful—and highly pleasurable—disruption of the mind and body through vertigo and panic fits Caillois’s description of the benefits of play and games. Using ethnographic data about fell runners collected during two years in the United Kingdom, the author suggests that they make existential connections with time, space, and the elements through the voluptuous panic and animal mimicry described by Caillois and others. Key words: Roger Caillois; fell running; ilinx; physical- cultural studies; post-sport physical culture; voluptuous panic

Douglas Thomas and John Seely Brown, A New Culture of Learning: Cultivating the Imagination for a World of Constant Changeopens PDF file

Michael Atkinson is a sociologist and Associate Professor in the Physical Education and Health Department at the University of Toronto, where he teaches policy studies and research methods in sport, exercise, and physical culture. He is the author and coauthor of seven books, including Deconstructing Men and Masculinities; Deviance and Social Control in Sport; and Tattooed: The Sociogenesis of a Body Art. His research has appeared in The Canadian Review of Sociology and Anthropology; Youth and Society; and The International Review of the Sociology of Sport, among others. Atkinson has lectured internationally and served in various editorial capacities for a number of scholarly journals, including Leisure Studies and Sport in Society.

Doris Bergen is Professor of Educational Psychology at Miami University in Ohio. She chaired the department for ten years and is currently codirector of the university’s Center for Human Development, Learning, and Technology. She has published scores of articles and essays and is author, coauthor, or editor of seven books, including Assessment Methods for Infants and Toddlers: Transdisciplinary Team Approaches; Educating and Caring for Very Young Children: The Infant/Toddler Curriculum; Play from Birth to Twelve: Contexts, Perspectives, and Meanings; Human Development: Traditional and Contemporary Theories; and Brain Research and Childhood Education: Implications for Educators. Darrel Davis, a specialist in instructional technology, serves as Assistant Professor of Educational Psychology at Miami University. His coauthored articles have appeared in Journal of Applied Behavior Analysis and Journal of Engineering Education. He has taught and presented papers on human behavior, psychological foundations of learning, and Web-related instruction in the United States, Canada, and Belize.

Scott Eberle is Vice President for Play Studies at The Strong and editor of the American Journal of Play. An intellectual historian, he has developed dozens of exhibits for The Strong’s National Museum of Play, lectured widely on historical interpretation, and contributed articles to the Journal of Museum Education, Death Studies, and History News. He is the author, coauthor, or coeditor of four books, including Classic Toys of the National Toy Hall of Fame: A Celebration of the Greatest Toys of All Time! Currently he is coediting Handbook of the Study of Play, slated for publication in 2014.