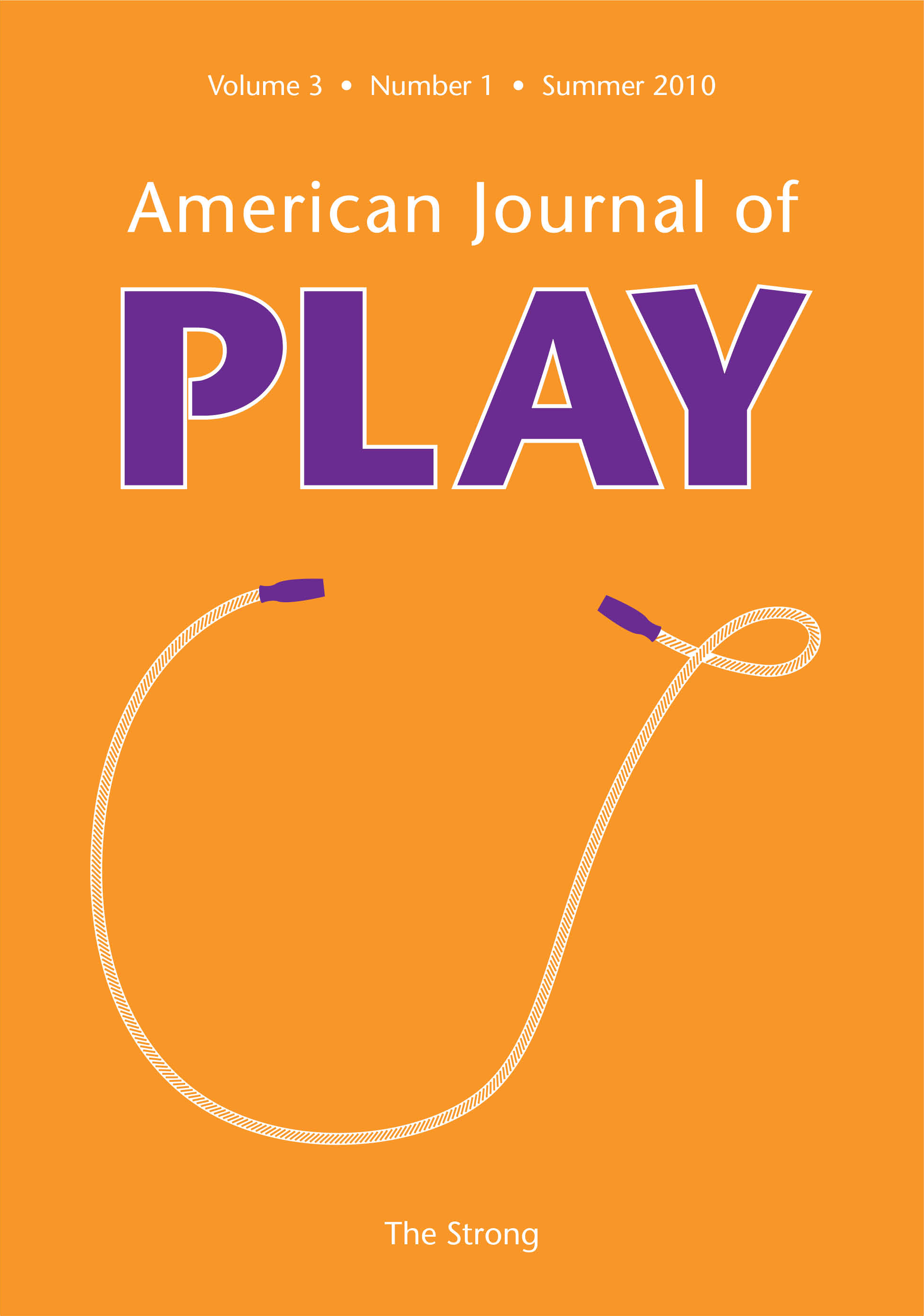 Since 1992 C. J. Rogers has lived with wolves and studied their societies at Raised by Wolves, a licensed, nonprofit research sanctuary situated in a high valley of New Mexico’s Zuni Mountains, not far from the Four Corners. Rogers, who has taught at Northeastern Illinois University and Western New Mexico University, holds doctorates in both psychology and behavioral ecology, and she applies her knowledge of both disciplines to interpreting the emotional dynamics of wolf packs in the habitats—the playgrounds—that she has constructed. Rogers describes herself both as a playmate and a sentry for the misunderstood animals she loves and protects. She observes wolves in literal harmony as they sing, and she carefully chronicles their inventiveness and mischief as they play. She also studies closely how conflict arises in and is managed by the packs and how grieving ends play in the complex social systems. In this wide-ranging interview, she offers a fresh interpretation of the role of play in the evolution of humans and wolves, including new views about how early humans learned from wolves.

The Fractal Self at Playopens PDF file

In this article, the author draws on contemporary science to illuminate the relationship between early play experiences, processes of self-development, and the later emergence of the fractal self. She argues that orientation within social space is a primary function of early play and developmentally a two-step process. With other people and with objects in the environment, children first move from the inside out, using feedback provided through early play to calibrate internal systems. Once children coordinate sensory, affective, cognitive, imagistic, and behavioral systems, they then switch modes to navigate from the outside in, via conceptual maps provided by external social and informational cues. If they achieve full social orientation, their imaginations remain for them portals to reality throughout their lives. Otherwise, they mobilize inner resources in defense of a lost, disoriented, or fragile self. A fractal model suggests that the whole of the self, intact during early play, exhibits self-similar resonances in the content and forms of self-expression throughout life.

This article explores the potential of play in the teaching of college composition. Drawing primarily on the theoretical framework of D. W. Winnicott, the author describes how he used ludic pedagogies to provide first-year writing students a “potential space” in which to explore a range of course elements including composing conventions, “authoritative” texts, and their own writing. By creatively transforming these elements through play, students learned to confront their anxieties about writing and reconcile the identity conflicts that typically accompany their transition to college. The author argues that play also positioned students to critique “authoritative discourse” that they otherwise would not have questioned. These findings suggest that play and an attitude of playfulness deserve a more prominent place in the first-year composition curriculum.

Merging the literatures of how to enhance young children’s vocabulary development and how to improve learning through play, this study tested two vocabulary teaching protocols on at-risk preschool children: Explicit Instructional Vocabulary Protocol (EIVP) and shortened EIVP and a play session (EIVP + Play). From a group of 118 lowest-performing students, 49 children were divided into two groups and received either EIVP or EIVP + Play twice weekly in thirty-minute tutoring sessions over the course of four months. A total of 64 words were taught. The results revealed that children who received the EVIP + Play showed more growth on both receptive-vocabulary and expressive-vocabulary measures and that more children who received EIVP + Play met the benchmark on the receptive vocabulary, measured by their performance on the Peabody Picture Vocabulary Test (PPVT III). Additionally, children in the EIVP + Play group showed a steeper growth trajectory on the curriculum-based measurement tool. The premise and importance of guided play in literacy learning is discussed, and further research is suggested.

Millions of children and adults devote much of their leisure time to playing massively multiplayer online role-playing games (MMORPGs). Most observers commonly categorize computer games as a play activity, but this article asks whether MMORPGs contain activities that might not be play. The author examines the phenomenon of online gaming and compares it with several common characteristics and criteria of play behavior. This analysis suggests that while most participant involvement in MMORPGs seems to be play, in some cases, addiction may be an alternative explanation for some of the activities.

Sergio Pellis and Vivien Pellis, The Playful Brain: Venturing to the Limits of Neuroscienceopens PDF file

Brian Boyd, On the Origin of Stories: Evolution, Cognition, and Fictionopens PDF file

Thomas A. Batt is Associate Professor and Director of the Writing Center at Maine Maritime Academy where the challenge of teaching writing and humanities courses at a school with a science-based curriculum helped him discover play strategies for the writing classroom. His areas of research and interest include teacher response and writing-center theory and practice as well as composition pedagogy. His numerous articles have appeared in Computers and Composition, Rhetoric Review, The Peninsula Review, and Creative Writing/ Creative Teaching.

Kerrie Lewis Graham is Assistant Professor in the Department of Anthropology at the University of Texas, San Marcos. She has contributed articles to the Journal of Comparative Psychology, Animal Cognition, Human Nature, and Folia Primatologica and, with a coauthor, a chapter to The Nature of Play: Great Apes and Humans. Her research interests include the development and evolution of brains and behavior, early social interactions to the honing of the body and brain during sensitive periods of development, and how this may both reflect and contribute to the development and evolution of life in social groups.

Myae Han is Assistant Professor in the Department of Human Development and Family Studies at the University of Delaware. Her research interests include vocabulary learning, play and literacy development, and environmental print awareness. She has served as co-principal investigator for two multimillion-dollar grants from the U.S. Department of Education. Her articles have appeared in the Journal of Reading, Writing and Literacy, the Journal of Research in Childhood Education, and Play and Culture Studies, and her presentation, “Connecting Home Cultural Knowledge in Young Children’s Play” appeared on a DVD produced by the National Association for the Education of Young Children. She has served as secretary of The Association for the Study of Play and as a member of the editorial boards of the International Journal of Early Childhood Education and the Journal of Literacy Research. Noreen Moore serves as Assistant Professor in the Special Education, Language, and Literary Department at the College of New Jersey. Moore has presented her research on K–12 writing strategies and instruction, writing and technology, and the vocabulary development of young children at national and international conferences. Carol Vukelich is the Hammonds Professor in Teacher Education, Director of the Delaware Center for Teacher Education, and Co-Director of the Delaware Writing Project at the University of Delaware. She is the author or coauthor of more than fifty articles and coauthor of three books, including Helping Young Children Learn Language and Literacy: Birth Through Kindergarten and Teaching Language and Literacy: Preschool Through the Elementary Grades. Among other professional activities, she has served as president of the Association for Childhood Education International and the Literacy Development for Young Children Special Interest Group of the International Reading Association. Martha Buell teaches in the Department of Human Development and Family Studies at the University of Delaware and is Director of the Delaware Institute for Excellence in Early Childhood. Buell’s coauthored articles have appeared in, among others, the Infant Mental Health Journal, the International Journal of Disability, Development and Education, and the Journal of Research in Childhood Education.

Terry Marks-Tarlow is a practicing clinical psychologist in Santa Monica, California. Her areas of interest include the application of neurobiological and nonlinear science to psychotherapy; creative blocks; self-expression and deep transformation; and the clinical interface between yoga and psychotherapy. She has served as a member of the advanced training faculty of the Southern California Counseling Center, an adjunct faculty member at Santa Barbara Graduate Institute, and a research associate at the Institute for Fractal Research in Kassel, Germany. She has lectured extensively, and she has contributed to numerous journals, including Cybernetics & Human Knowing, Creativity Research Journal, Motivation and Emotion, and Nonlinear Dynamics, Psychology, and Life Sciences. She has written Psyche’s Veil: Psychotherapy, Fractals and Complexity and Creativity Inside Out: Learning Through Multiple Intelligences. She has also served as a fellow at the Los Angeles Society of Clinical Psychologists and as president of both the Los Angeles Society of Clinical Psychologists and Gestalt Therapy Institute of Los Angeles.