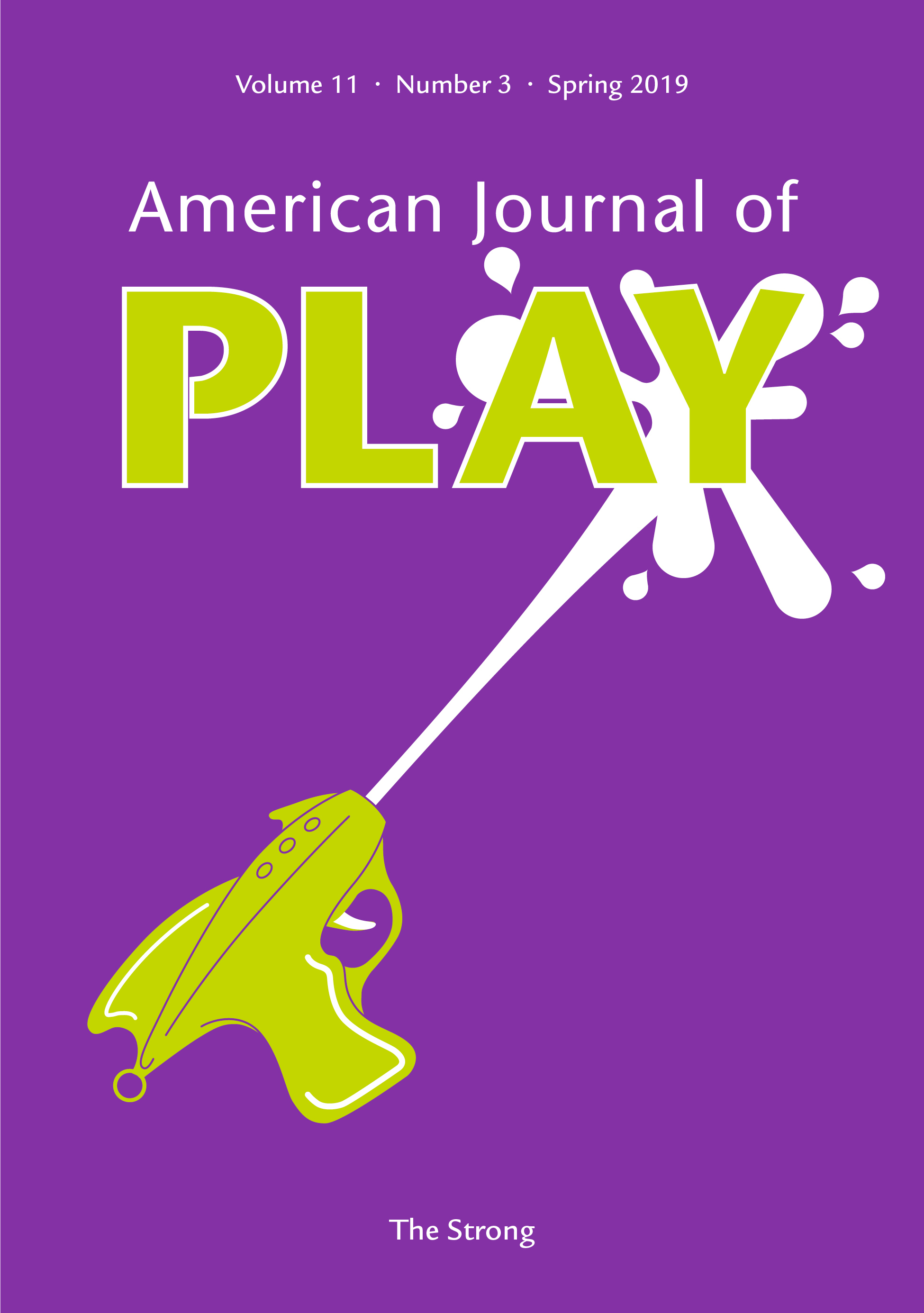 Reflections on Roughhousing and Living Playfully: An Interview with Anthony T. DeBenedet

Anthony T. DeBenedet, M.D. is a practicing physician in Ann Arbor, MI, and a behavioral-science enthusiast. His interviews and writings have appeared in the New York Times, the Washington Post, TIME Ideas, on the Today show, and elsewhere. He is the author of Playful Intelligence: The Power of Living Lightly in a Serious World (2018), a book about the surprising ways that playfulness affects adulthood; and he coauthored The Art of Roughhousing: Good Old-Fashioned Horseplay and Why Every Kid Needs It (2011), a book about the importance of parent-child physical play in parenting. DeBenedet has a B.S. in biomedical engineering from Duke University, an M.S. in health and health care research from the University of Michigan, and an M.D. from the University of Virginia. He completed his internal medicine residency and gastroenterology fellowship at the University of Michigan Health System. Key words: adult playfulness; emotional intelligence; playful intelligence; rough-and-tumble play; roughhousing; social play; Sasuke

Children’s Play in the Shadow of War

The author demonstrates that war places children’s play under acute stress but does not eliminate it. He argues that the persistence of children’s play and games during periods of armed conflict reflects the significance of play as a key mode for children to cope with conditions of war. Episodes of children’s play drawn from the recent Syrian Civil War illustrate the precariousness and importance of children’s play and games during contemporary armed conflict and focus attention on children’s play as a disregarded casualty of war. The article compares the state of underground children’s play in con- temporary Syria with the record of clandestine games played by children in the Holocaust to substantiate its claim that children adapt their play to concretize and comprehend traumatic wartime experience. The article posits that play is both a target of war and a means of therapeutically contending with mass violence. Key words: play and trauma; play therapy; Syrian Civil War; the Holocaust; underground play; war play

Research about playfulness in adults has viewed it as something that ema- nates from personality and other individualized characteristics, and therefore many previous studies adopted a trait approach to predict playfulness, largely ignoring gender differences. The author conducted a facet-level analysis of the so-called big-five personality predictors and of four humor-related attri- butes and analyzed whether playfulness should be considered individually or compositely. She generated hypotheses from the extant literature and sur- veyed hundreds of undergraduates to discover characteristics distinctly dif- ferent between the playfulness of young adult men and women. Keywords: adult playfulness; gender and play; personality and play

From Displays and Dioramas to Doll Dramas: Adult World Building and World Playing with Toys

Toys both guide and foster the play—and stimulate the imaginations—of players of all ages. The authors investigate adult use of toys as a point of entry to the world play of both transmedia-connected and stand alone toy characters—dolls, action figures, and soft toys. They point to how adult toy players engage actively in world building in their world play and suggest that play better describes the object relations of adults with toys than such notions as collecting or pursuing a hobby. They discuss how adults use world playing with toys to develop toy industry back stories and replay—and sometimes revolutionize—original story lines familiar from popular fiction. And they highlight how mature audiences for character toys employ these physical objects to explore their capacity for imaginative, spatial, and hybrid world play. Key words: adult play and creativity; object play; object relations; photo play; social media and adult play; social play; toys; toy play; world building; world play

Video Games and English as a Second Language: The Effect of Massive Multiplayer Online Video Games on the Willingness to Communicate and Communicative Anxiety of College Students in Puerto Rico

The informal setting of online multiplayer video games may offer safe spots for speakers of other languages learning English to practice their communi- cation skills and reduce their anxiety about using a second language. In this study, the author examined the relationship between both these concerns and the time spent playing such games by basic and intermediate English-as-a- second-language (ESL) college students in Puerto Rico. The results indicated a statistically significant relationship between them, supporting previous studies that establish a relationship between online multiplayer video game play and increased confidence and lowered anxiety about using English among second-language learners. Key words: affective filter; communica- tive anxiety (CA); English as a second language (ESL); massive multiplayer online role-playing games (MMORPG); willingness to communicate (WTC)

Alexandra Lange, The Design of Childhood: How the Material World Shapes Independent Kids

Lynn A. Barnett is Associate Professor in the Department of Recreation, Sport, and Tourism at the University of Illinois. She is the coauthor of research articles and chapters about the benefits of play for developing children, the design of play environments to optimize playful expression, and the characteristics of playful personality in children and young adults. Her latest edited book is The Play of Individuals and Societies, which situates play within cultures as expressive of its literature, theater, art, games, and other elements. She is the cofounder of the nonprofit organization KOOP (“Kid Owned and Operated Play”) dedicated to encouraging children to communicate their playful proclivities in natural environments, aside from those that are artificially constructed, programmed, and managed by adults.

Katriina Heljakka holds a postdoctoral position at University of Turku in Fin- land (digital culture studies) and studies toys and the cultures of play in the Centre of Excellence in Game Culture Studies. She currently leads Pori Labora- tory of Play (PLoP) where she explores the emerging “toyification” of culture, toy design, and the hybrid and transgenerational dimensions of ludic practices. Heljakka is a long-term member of the International Toy Research Association and Women in Toys. J. Tuomas Harviainen is Associate Professor of Information Practices at Tampere University, Finland, as well as one of the editors of Simulation & Gaming, the oldest existing academic game research journal. His work has been published in Organization Studies, Journal of Business Ethics, Journal of Documentation, and New Media & Society.

Kenneth S. Horowitz is an Assistant Professor of English at Pontifical Catholic University, in Ponce Puerto Rico. He teaches research, writing, and Introduction to Game Studies. He has published articles about video games and language learning in Language Magazine and the Hispanic Educational Technology Services Journal. His publications include Playing at the Next Level: A History of American Sega Games and The Sega Arcade Revolution: A History in 62 Games.