The opens in a new windowNational Toy Hall of Fame is awash in good news these days. On November 5, 2015, The Strong announced that Super Soaker—along with puppets and the game Twister—joined the 56 classic toys in the hall of fame. Kids had water toys before the Super Soaker debuted in 1990, but the drenching machine altered the ways they played outdoors. 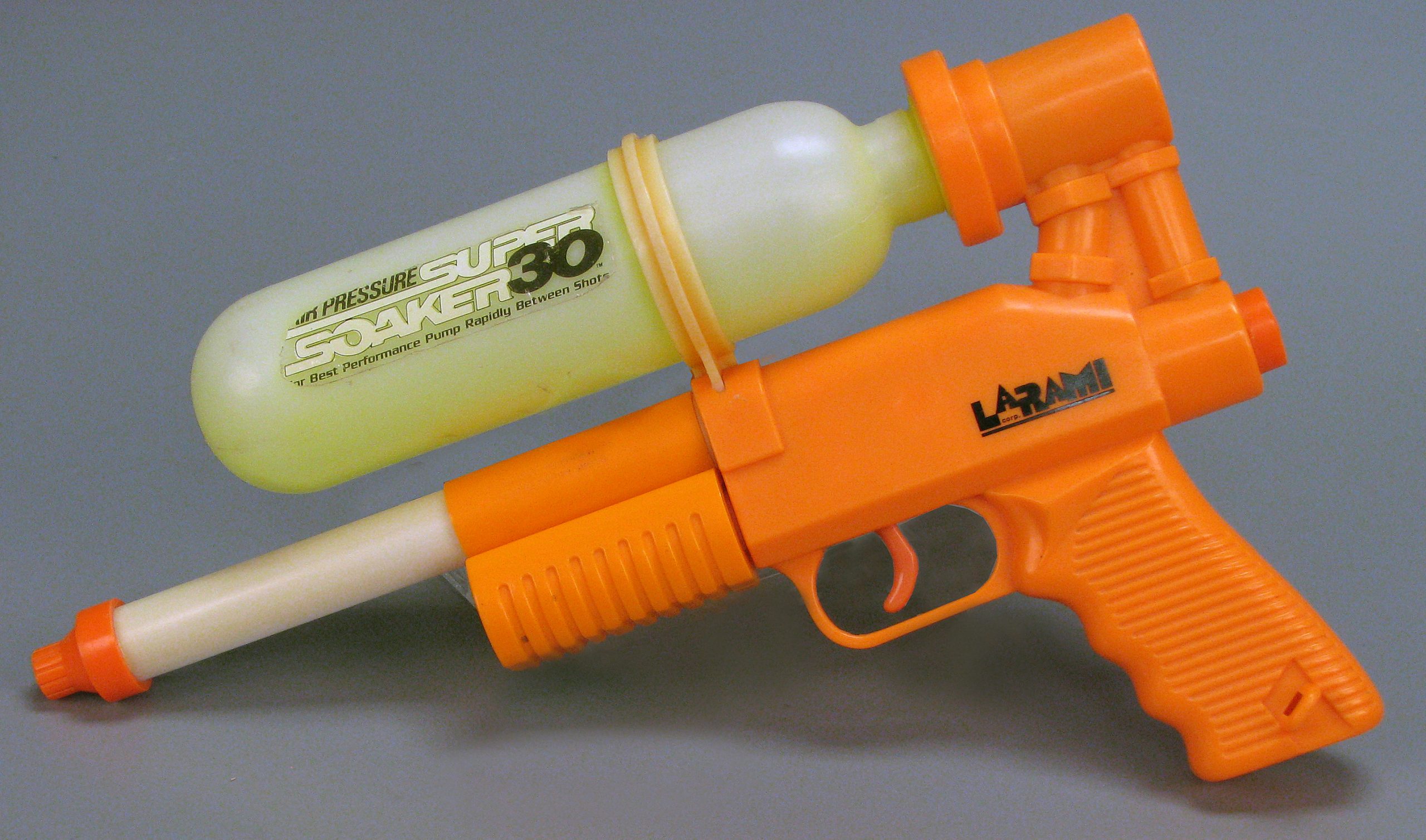 The Daisy Manufacturing Company, maker of the air-powered BB gun, advertised the first water pistol in 1916. Called the New Daisy Liquid Pistol No. 8, the metal water toy sold for 25 cents. For much of the 20th century, suburban kids chased each other around the neighborhood with teeny tiny squirt guns that delivered a short blast of H2O which traveled an anemic foot or two. Even youngsters could imagine that a squirt gun holding more water and sending it farther than arm’s length might make the play more fun if also more soggy. But it took a rocket scientist to figure out how to devise such a soaking machine.

In the early 1980s, Dr. Lonnie Johnson, a nuclear engineer for NASA’s Galileo program to send a missile to Jupiter (see, a rocket scientist), developed a heat pump cooled by pressurized water vapor in place of Freon. He experimented with a model of the pump that he hooked up to the sink in his home. When he turned on the faucet, a steady stream of water shot across the room, giving Johnson an idea for a high-powered water toy. He made his prototype from PVC pipe, Plexiglas, and parts he created himself. He took his invention to three companies, including Daisy Manufacturing, before working out a deal with the Larami Corporation for the production of his Power Drencher Water Gun, finally released in 1990. A trademark infringement claim by another toy manufacturer forced Larami to change the toy’s name to Super Soaker the next year. 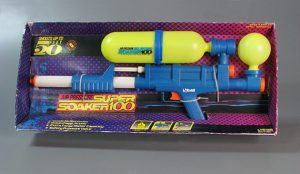 Larami launched an aggressive ad campaign to sell its new product for $10 each. The investment paid off: the company sold more than 27 million Super Soakers in its first three years on the market. Variations on the blaster—offering greater water-carrying capacity, altering water direction, and increasing the distance of the water stream—appeared in several new models each year. The Super Soaker’s success attracted Hasbro’s interest. The toy-manufacturing giant purchased Larami in 1994 and sold Super Soakers as part of its Nerf toy line. In the years since its introduction, more than 175 models of Super Soakers have appeared in toy stores, and more than 200 million water blasters have been sold.

Super Soaker had a big impact on neighborhood play. The small squirt guns of the past had required close-in work to engage the opposition. The long, drenching reach of Johnson’s invention requires a quick retreat from a soggy assault or a good chase, meaning that kids with Super Soakers do some serious sprinting. Calculating the distance to target and the physics of velocity and arc requires kids to use their brains. Contemplating strategies and tactics and puzzling out plans forces kids to analyze the best approaches to triumphal ends. And if kids get soaked in the process? It’s all good clean fun. 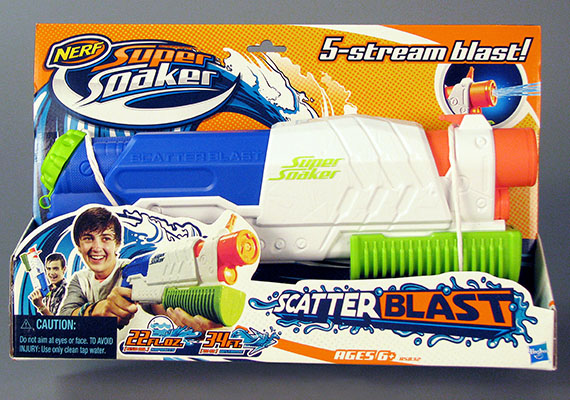