“Of all the souls I have encountered in my travels, his was the most human.” 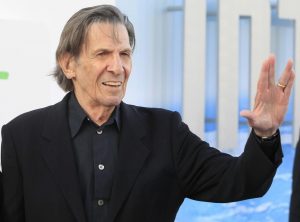 I never had the honor of meeting Leonard Nimoy, but when I heard of his death last Friday, I joined fans across the world—and some outside of it—in mourning. Best known for his portrayal of the half-human, half-Vulcan Spock, Nimoy passed away from complications of chronic obstructive pulmonary disease (COPD) at the age of 83.

I was 10 when I discovered Star Trek, and like so many other fans of the series, Spock quickly became my favorite character. Leonard Nimoy’s portrayal of a man torn between human emotion and Vulcan logic created one of the most complex and beloved television characters of all time. He influenced fans struggling with their own identities and introduced the concept of Infinite Diversity in Infinite Combinations (IDIC). IDIC reassured Spock’s admirers that being “different” was something to celebrate. Spock became known for his belief in endless possibilities, and he encouraged Star Trek enthusiasts to never give up and to always look at problems from various angles. Ironically, while playing an alien, Nimoy embodied the best example of what it meant to be human.

Nimoy inspired multiple generations through his writings, photography, and motivational presentations. During production of the original Star Trek series, when he discovered actress Nichelle Nichols (Lt. Uhura) didn’t earn as much as her male co-stars, he played a major role in correcting the discrepancy. In 2007, he published a photography book entitled The Full Body Project, in which he celebrated the beauty of full-figured women. In 2010, the Space Foundation honored Nimoy with its Douglas S. Morrow Public Outreach Award for his work encouraging others to learn about the universe. And, while all fans of Star Trek become adopted into the series’ extended family, Nimoy took it one step further and invited all his Twitter followers to adopt him as their “Grandpa.” After he revealed his COPD diagnosis, Nimoy often spoke to his followers about the importance of healthy living and encouraged smokers to seek assistance in fighting their addiction so they may “live long and prosper.”

Nimoy also made important contributions to the world of video games. His authoritative voice served him well as a narrator for Sega’s virtual pet simulator Seaman (1999) and Sid Meier’s turn-based strategy epic Civilization IV (2005). He also reprised his movie role of King Kashekim Nedakh in Disney’s Atlantis: The Lost Empire (2001). Most recently, he voiced the antagonistic Master Xehanort in Kingdom Hearts: Birth by Sleep (2010) and Kingdom Hearts 3D: Dream Drop Distance (2012). Tetsuya Normura, director of Birth by Sleep, chose Nimoy for the role specifically because of his portrayal of Spock. The character’s name, Xehanort, forms an anagram for “No Heart,” with an “X” in front, putting fans in mind of the emotionless Spock. Nimoy also provided voiceovers for numerous Star Trek themed games, including the massively-multiplayer online role-playing game Star Trek Online. Approximately 1,000 players gathered around a fountain on the planet Vulcan to pay their respects to Nimoy, and the game’s developer Cryptic Studios recently reported that the company would install a permanent in-game memorial to honor Nimoy. 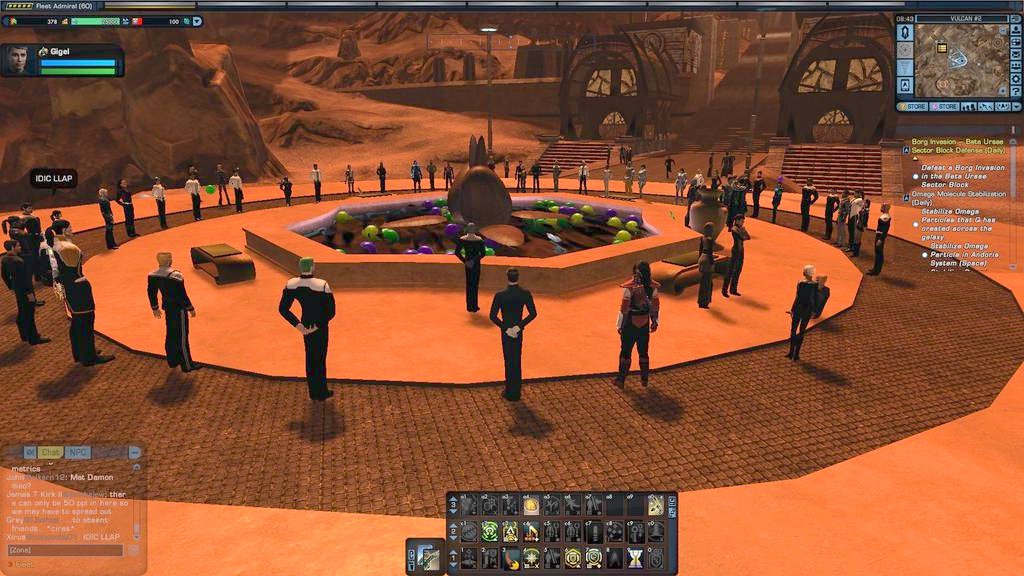 When Spock “died” during the movie The Wrath of Kahn, he requested that his friends not grieve. As a fan of both Spock and the man behind the character, I find the wish difficult to grant. As much as I wish it were not the case, I know that Leonard Nimoy’s death is not simply a ruse during a Kobayashi Maru simulation, and he has no immortal katra to pass on to a willing companion. But his legacy lives on, and I take comfort in the words of Star Trek’s medical officer Dr. Leonard McCoy, “He’s not really dead, as long as we remember him.”