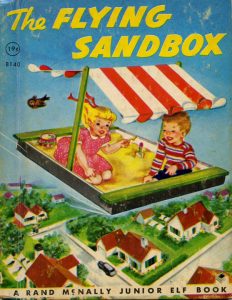 When I was very young, I was given a small book called The Flying Sandbox. Briefly told, the sandbox becomes airborne as the result of a wish and magically soars aloft, giving Kerry and Chris a bird’s eye view of their friends and neighborhood. Even as a child, I knew that sandboxes couldn’t fly, but my imagination could and it did. It might not be great children’s literature, but The Flying Sandbox achieved what every good children’s book should: it gave flight to my imagination and forever altered my small world view. 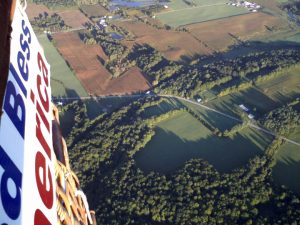 And so it was that, like Kerry and Chris, I recently took flight and looked down with awe and delight at my own neighborhood now both familiar and strange. My carrier was not, after all, a sandbox, but a wicker basket held aloft by a hot air balloon and from its basket I gazed down upon forest and fields, farms and animals, the magnificent Genesee River Gorge in opens in a new windowLetchworth State Park, and what seemed from that great height to be a toy train. I was not held aloft by magic—although the fire that breathed life into our balloon did seem to be the fiery breath of a dragon—but by years of scientific experiment and experience and the skill of our pilot who could expertly read the winds and the air currents (and was nothing like the rather shifty Wizard of Oz). opens in a new window 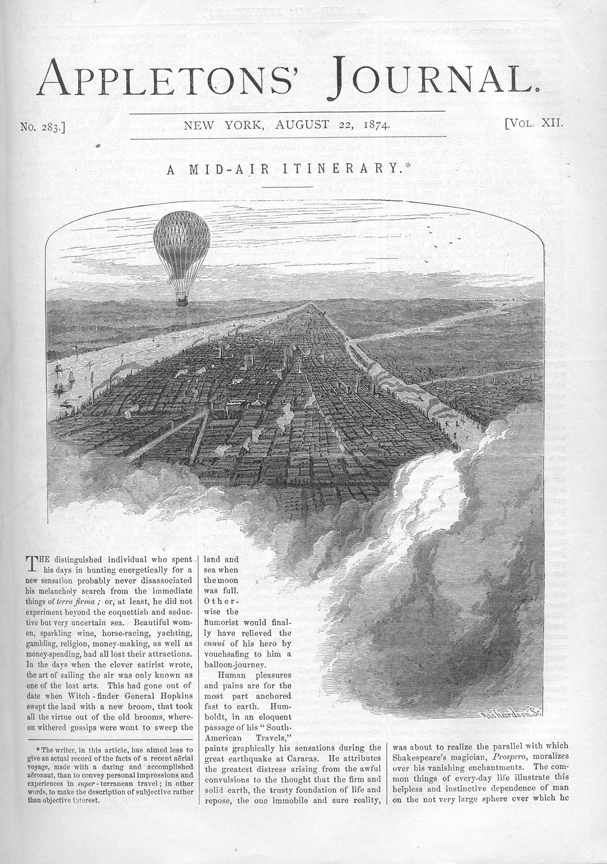 My flight was inspired in part by one of the museum volunteers, Rita Kuder, who celebrated her 90th birthday with a balloon ride. I am not alone in my desire to soar.

The longing to fly has captured our imagination since we first observed the effortless flight and freedom of birds (think of poor Icarus).  The first successful manned balloon flight was accomplished in France in 1783. Today’s hot air balloons, powered by an onboard heat source, have been popular since their first successful flight in 1960. For all these years, balloons have captured the imagination of children and adults alike. 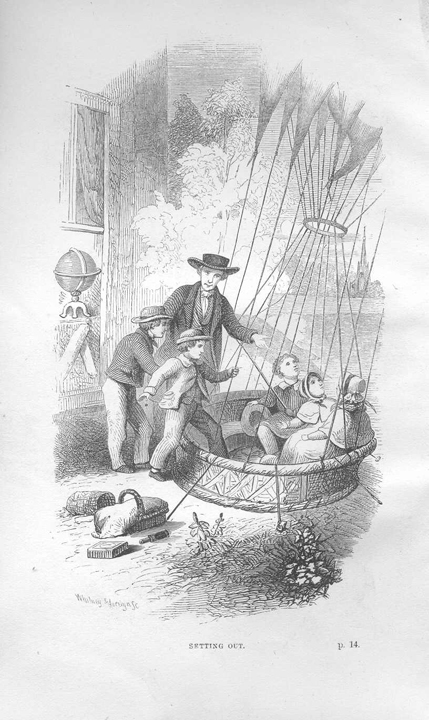 The Balloon Travels of Robert Merry and his Young Friends over Various Countries in Europe is a delightful example from the 1800s of the use of an imaginary balloon flight to capture the attention of children while surreptitiously teaching them about various countries and cultures. As stated in the preface, “The purpose of this volume is to entertain and instruct the reader by carrying him, in imagination, with a party of adventurers in a balloon, over the most interesting portions of Europe.” Works for me. And it works for other adults too, as poetically described in an 1874 article “A Mid-Air Itinerary” where the author concludes, “The danger is just sufficient to give a piquant sauce to its fascination; the delights of the aesthetic sense are indescribable.”

For me, it was all that and more—a reawakening of my youthful imagining, the pure joy of new adventures. And, to my way of thinking, that’s pretty magical.